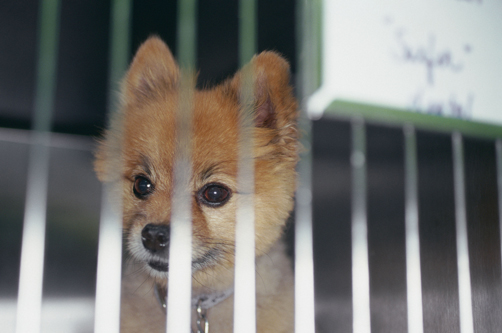 Much can be said about a country by the way the people treat their animals. Culture, finances and lack of education have resulted in thousands of stray dogs in South America. Caroline Goldman tells of her heartbreaking journey to rescuing abandoned dogs in Argentina.

Pampita had three puppies. I met them when they were only two months old, piled together asleep in a rusty bucket in the corner of the front patio. Within six months, all three were dead of disease and poor care.

Several months later, I emerged from our ancient adobe house to find five tiny puppies huddled together in the garbage-strewn lot across the street. Their little bodies, stomachs inflated with parasites, jiggled with hope as I approached them. They had been unceremoniously abandoned a common practice throughout much of Argentina.

Thus began my mission to spay as many dogs as I could find. Seeing armfuls of puppies chucked in the countryside or mangy pregnant mutts scrounging through garbage dumps simply hurts. Ghandi once said, The greatness of a nation and its moral progress can be judged by the way its animals are treated. Based on the numbers of homeless dogs in my front yard alone, Argentina was not earning very high marks on the moral progress scale.

So I gathered donations from a few family and friends back home in the States and set to work. I started with Pampita and Tamara, the two adult dogs in our front yard, and then moved onto the dogs in our neighbours yards. When we moved to the mountains, I made friends with a family of wandering strays, eventually luring several of them into surgery. In the two years I have been in Argentina, I have spayed twelve dogs and two cats and found homes for 27 abandoned puppies. My best friend here is the local vet.

And yet my efforts are only the proverbial drop in the bucket. No one knows how many stray dogs there are roaming free in Argentina, although S.O.S. Animales Argentina, a national non-profit organisation working to spread the message of spaying and neutering, estimates that approximately 80 percent of Argentinean households have at least one dog. Beyond those numbers, says Graciela Aranda of S.O.S., the majority of the animals don’t have homes. They’re vagabonds who survive as well as they can.

Spaying and neutering is not widespread, even for dogs with human families. Neutering male dogs, which often act as guard dogs, is rarely an option here. Any mention of altering a male dog to his male owner elicits a swift outpouring of brotherhood between man and dog, usually accompanied by mute stares of horror.

It’s the macho mentality, chuckles Aranda. (We all know this sentiment is not unique to Argentina.) Upon suggesting such an operation to my brother-in-law, he looked at me with such dismay as if I were suggesting the operation for him!

So I stuck to spaying the females. These were offered up easily enough as long as I was footing the bill. An average spaying operation by a private Argentinean veterinarian costs between AR$50-110 (AU$20-47) seemingly not unreasonable. But even the drastically reduced prices of the surgeries some animal organisations and municipalities offer can be prohibitive for those living hand-to-mouth.

Brian Grove, a native Brit who runs a backyard sanctuary outside of Buenos Aires for the worst cases, explains: Cheap is relative. Many people here have trouble getting enough money to buy food for their families. Caring for their dogs is a luxury.

Dogs expected to find their own food

In many parts of Argentina, such an expensive and time-consuming surgery may be more medical attention than the animals humans receive. And so the puppies of the non-spayed mama dogs are abandoned, in empty lots, alongside mountain rivers, even in the owners front yard. One female canine friend of mine officially has a house and a human family, but is expected to find her own food and food for her second litter of nine puppies. (She and two of her daughters were my spaying victims numbers six to eight. Her remaining puppies are next if I can catch them.)

It’s a cultural thing, explains Grove. Dogs are not important except when they can be useful, usually as guard dogs. Many people really love their dogs, and whereas in England dogs tend to mostly live in the house with their owners, here in Argentina, most live outside.

It’s a question of culture and finances, but its also a matter of education or lack thereof.

There are people even today who, when you talk about sterilisation, they don’t know what you’re talking about, says Aranda of S.O.S.

My first attempt at finding homes for some of my found puppies was to search for a local humane society, but to no avail. The Buenos Aires province boasts a few animal sanctuaries, but on the other side of the country in Mendoza where I live, the best I could find was a one-woman operation who took in strays as long as she had the funds. She asked a 7-10 peso (AU$3-4) donation per pup for her services of spaying, de-worming, and placement in homes. When I called her once after a find of 11 abandoned puppies, she simply sighed over the phone and explained that she could no longer keep up the work.

Since then I have asked every pet store owner and veterinarian if they know of a local organisation who takes stray and abandoned dogs. Only two possibilities are mentioned: a small outfit that does not accept strays but holds Saturday morning adoptions for owners to display their animals; and a single pet store that manages free adoptions for a limited number of puppies. All of these options are constantly overrun with needy pups. But they’re the only games in town.

Amidst the overpopulation of mutts and lack of humane options, the national government stands mute. The government at all levels tends to leave the existing cruelty laws unenforced, even in extreme examples like when a man set his neighbours dog on fire, laments Grove, who runs the private sanctuary for the worst cases.

Aranda agrees, saying the government is complicit in abuse and neglect of animals here. The government does absolutely nothing. The education plans they say they have aren’t put into practice in the schools. The kids aren’t taught, they aren’t educated and so it continues.

Jurisdictionally speaking, mitigating the problem falls to the local governments. Many, like here in Mendoza and neighbouring municipalities, have free spaying and neutering programs, even if they’re poorly advertised and difficult to get to. Two municipalities in particular, Alte Brown in the Buenos Aires province and Ushuaia at the foot of the country in Tierra del Fuego, both have successful spaying and neutering programs and are often held up as examples by supporting non-profit organisations. But many municipalities still hold to the extermination method, often resorting to gassing.

Most local authorities here haven’t read the data on how neuter and release reduces a population more effectively in the medium to long term than capture and kill, Grove says.

Campaign is starting to work

Word about fixing pets is spreading slowly, but it is starting to catch on.

Twenty years ago the words castration and sterilisation were unknown by the majority of the population, Aranda explains. But today the situation of stray dogs is beginning to improve. The message is getting out there little by little. People are beginning to understand that sterilisation is the best way to care for the overpopulation of pets. Even though there aren’t any education projects to teach the kids about stray animals, word of mouth can sometimes be very powerful.

Widespread, free castrations are the best solution to halt animal abandonment, she said. But we have to spread this message through the general population. It starts with educating our kids to love all forms of life, she said.

As for me, I have appointments for four dogs to be spayed next week. Word-of-mouth has succeeded to spread the message around my little village at least, and the American girl who provides neutering and spaying is now well-known. People are starting to stop me in the street. They recognise me easily because of the seven dogs that swirl around me as I hike up the mountain road on my daily walk. Cars pull alongside me and neighbours wait in their doorways for me to pass by.

Excuse me, miss, a little question, they start. I heard you arrange operations to fix dogs?