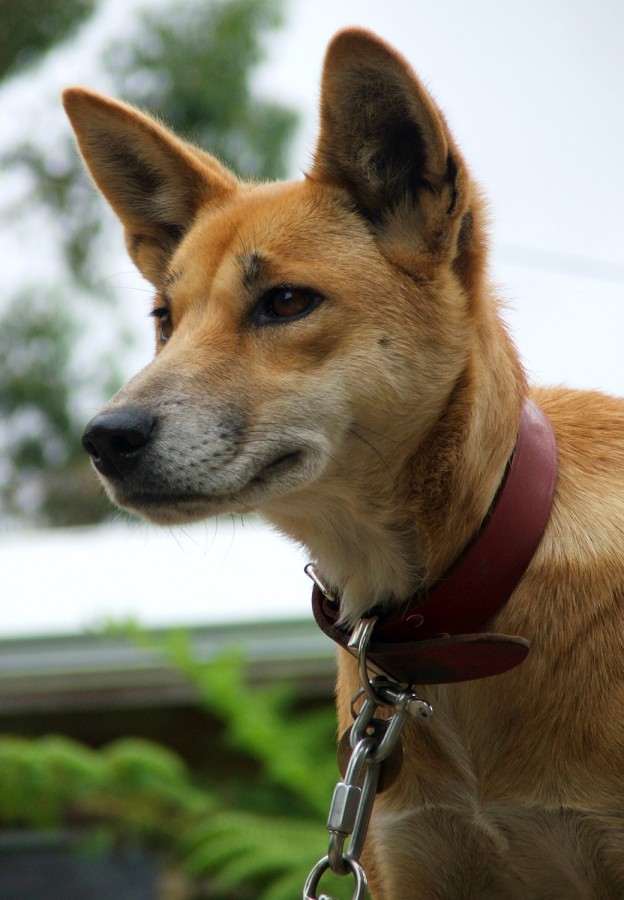 Australia’s native dog, the Dingo, could be heading in the same direction as the Tasmanian Tiger, one of this country’s most unfortunate and avoidable animal extinctions

The Dingo, sometimes referred to as the Canis Familiaris Dingo, hasn’t had the best reputation in the past. But when you understand the nature of the dog, it becomes clear why.

Community perceptions of this wild animal are understandable, although a little one sided. Fair enough, the words “A Dingo Killed My Baby” splashed across the daily papers certainly didn’t help our native dogs reputation. But can we really blame the Dingo? After all, they are extremely territorial dogs whose space has been progressively invaded by man.

At present, the pure Dingo is facing a devastating future and its relying on the community and governments alike to save it from possible extinction.

Inbreeding or hybridisation, as well as attempts to domesticate this native Australian animal, are now forcing the pure Dingo to walk in the Tasmanian Tigers deathly shadow. The question is, will our government do something before it is too late or, like the Tasmanian Tigers, will the protection law pass weeks after the last Dingo has been killed or bred out of existence?

Some will argue the Dingo isn’t actually Australian, as research suggests the dog evolved from a wolf around 6000 to 10,000 years ago in southern Asia. Seafarers from that region introduced the animal to Australia about 5000 years ago where it befriended many indigenous tribes. The word Dingo derives from the Aboriginal name for dog and the animal was used by many tribes to hunt game.

The Dictionary states that a native animal is one that is indigenous to or derives from ones country. Even though the Dingo didn’t evolve on Australian soil, can we really say that it isn’t Australian? When Captain Cook arrived in Australia, he encountered a race of nomadic-like people who had befriended many Dingoes. Evolutionists say these tribes of indigenous people came to Australia around 40,000 years ago from unknown origins. Around 35,000 years later the Dingo arrived, so where in Australia’s history can you determine what is native to this land and what isn’t? What is clear is the Dingo was a part of Australian history long before Europeans settled here.

Its really fundamental: Dingoes do NOT make good pets. They are magnificent wild animals that should be admired from afar and left in the wild, ideally segregated from feral dogs or confined to sanctuaries that can provide them with a natural home environment.

Dingoes have certain needs that most households could not cope with as these dogs do not respond well to domestication or training. Not to mention that if a Dingo is left alone in a backyard, its a recipe for disaster … for the dog, that is.

Dingoes are wild animals that roam in family units or packs. They depend on this companionship to lead happy, wild lives. If left on their own they can die. Many people have tried to domesticate the Dingo and half-breeds in the past, but very few of these animals have reached old age as their owners had no understanding of the dogs unique needs.

Someone who does understand the Dingo is Barry Oakman, president of the Australian Dingo Conservation Association. Hes been fighting to conserve the pure Dingo for most of his life but his fight to save Australia’s native dog seems to fall on deaf ears.

“Being a wild animal, the Dingo has got traits quite unlike a dog that has been domesticated,” says Barry. “The Dingo went through a certain form of domestication many years ago, before it reached Australia. The Aborigines were quite nomadic and so was the Dingo, but finally, when the Europeans turned up, we persecuted the animal and it went wild again.

“If you have a Dingo and don’t socialise it you’ll have an animal that is very hard to control because it’ll freak out at the slightest thing that would not even attract the attention of a domesticated dog,” Barry stresses.

But people still attempt to domesticate this wild animal and blame for this falls squarely at the feet of state governments which haven’t set uniform laws to prevent people owning Dingoes as pets. Both federal and state governments are yet to inform the Australian public of the risks of extinction if Dingoes continue to be crossbred with domestic dogs.

“In NSW the Dingo comes under the [Animal] Companion Act and if you have the money for a registration fee, you can have one,” says Barry. “But unfortunately, when the Dingo pup grows up people realise they’ve got something they cannot handle so the animal gets relocated. And accordingly, the NSW Companion Animal Act with the word companion in it gives people the idea that the Dingo is just another domestic dog.”

Of great concern is the possibility that the pure Dingo will be hybridised or bred out of existence within 10 to 20 years if something isnt done to preserve this native dog. Some say allowing the breed to become mainstream may save it from extinction. But because the Dingos inherited traits are not good characteristics for family pets, breeders would be enticed to cross the Dingo with other domesticated dogs in an attempt to develop the perfect domesticated Dingo. This would spell extinction for the pure Dingo.

Even in the wild, the pure Dingo is fighting for survival; continuing hybridisation with wild dogs has caused pure Dingo numbers to drop substantially. Under the Pest Control Order for Wild Dogs there are 254 protected reserves that contain high numbers of Dingoes and wild dogs. However, its estimated that most of these Dingoes are now hybridised.

“Unfortunately, in places like Kosciuszko National Park we’ve only got 20 per cent of tested animals out of the park coming up as Dingoes,” says Barry. “They’re running with 80 to 90 per cent of crossbred dogs. When the breeding season comes, what are the chances of these pure Dingoes finding a pure mate? Its very possible the pure Dingo will be bred out of that environment.”

Dr David Jenkins is a Biologist, Research Fellow ANU, Director of the Australian Centre for Public Awareness and Study of Hydatid Disease and Director of the Wild Dog Management Program. In collaboration with Dr Alan Wilton, Senior Lecturer in the School of Biotechnology and Biomolecular Sciences at the University of NSW, have been undertaking DNA studies on wild dog populations throughout Australia.

Preliminary results from these studies have revealed that between 75 and 80 per cent of the wild dogs living in and around the northern end of the Kosciuszko National Park are Dingo/domestic dog hybrids. This data strongly suggests that the chances of maintaining a population of pure Dingoes in the bush may be remote. The dog genes already circulating in the Dingo gene pool will continue to spread, ultimately, contaminating the whole population.

According to Dr Jenkins, to maintain pure populations of wild Dingoes, large secure areas should be set up where Dingoes known to be pure can be released and allowed to live with minimal human interference. However, this scenario raises the issue of population control, restricted gene pools and all the associated problems.

“At present David Jenkins is trapping Dingoes within the parks and the surrounding areas, taking samples for DNA testing and putting collars on them to track their movements,” says Barry. “By doing this we are trying to find out if there are any small numbers of wild Dingoes that could be fenced off or put somewhere where they are not going to make contact with the cross-bred types, and this way we may be able to save them. But its going to cost a lot of money and no one is interested in it.”

Evidence also suggests that on Fraser Island, the rate of hybridisation is around 70 per cent. The answer seems to be segregation so the domesticated feral dog cannot come into contact with the Dingo.

Sadly, with backyard breeding now in the picture, more and more feral dogs are being dumped in protected locations so without some serious action being taken soon, the pure Dingos fight for survival may already be lost.

The laws regarding Dingo ownership differ radically from state to state so its hard to get an idea of how the government feels about Dingo conservation.

“In Queensland its a no-go zone (keeping Dingoes as pets), same in Western Australia,” says Barry. “In South Australia you can’t have them and in the ACT they’re kept on a native fauna permit, which is what Id like to see everywhere. But it appears that Western Australia and Queensland are looking at what they are going to do with the animal, possibly de-regulating it and letting people have them under the dog permit. I believe this would be the start of the demise of the Dingo as a native animal because they’ll become inbred with dogs as they are in NSW.”

Baiting is a big issue when it comes to Dingoes, and the most of the troublesome dogs, which are attacking livestock, are hybrids. Understandably, a farmer has to protect his livestock and if he has a dog problem, baiting can be one of the most effective ways of dealing with this. But there are other effective ways, such as introducing electric fencing or using the Maremma sheep dog or Anatolian sheep dog to guard stock.

“The baiting of Dingoes has got to stop because if it doesn’t, it will affect not only the Dingo, but the animals the Dingo predates on,” stresses Barry. “For example, wallabies (which the Dingo predates on) increase in number, then people want permits to shoot them. This problem is ongoing.” Having Dingoes in the area can help as they reduce the numbers of feral cats, foxes and other macropods that farmers consider pests.

According to the law, if you have a wild dog predating on your livestock, all you have to do is inform the Rural Lands Protection Board which will apply to the Agricultural Department for a permit to drop baits.

“Kosciuszko National Park is a very good example of baiting, where it still continues even though the last aerial baiting was back in 1997,” says Barry. “There is baiting done by private individuals but fox bait will still kill Dingoes because it carries 1080 poison. This needs to stop and the government needs to realise that the Dingo is the top predator. If the dogs are left alone, everything else will fall into place.”

A hybrid is a Dingo that contains domestic or wild dog genes sometimes known as a crossbreed or mixed-breed.

A pure Dingo contains no dog genes. After extensive (20) DNA testing on blood samples biologists have concluded the dog has no domestic dog ancestry present.

Pure Dingo characteristics include a flatter and larger skull than a domestic dog, and longer and narrower canine teeth. They have small erect ears. Dingoes also have a mascara-like line around the outer edges of their eye.

Pure Dingoes come in four basic colours: ginger, black and tan or white (all other colours or mixed colours indicate hybrids). Dingoes usually have white on their feet and on the tip of the tail.

There are three significant types of Dingo: Alpine, Desert and Tropical, the Alpine Dingo having a thicker coat.

The Dingo grows to a height of 48-58 centimetres and its weight is between 12 to 15 kilograms.

Dingoes will eat macropods (animals such as Kangaroos and Wallabies). They will even eat insects when hungry. They are very effective killers of introduced animals like foxes, rabbits, feral cats, wild pigs and rats.