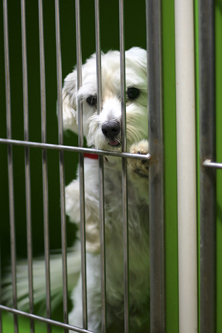 This article first appeared in the March/April 2008 issue of Dogs Life.

Dog trainer Hanne Hahn compares how animal shelters operate around the world and discovers that laws in Australia and New Zealand need reformation to give rescue dogs a real chance.

Animal shelters have a tough job. They rescue, house and re-home thousands of animals every year. Councils and animal-welfare organisations have implemented various programs aimed at reducing the number of unwanted animals, and have made a difference, but at the end of the day, you see thousands of lonely eyes peering from inside a cage, longing for a loving home.

Animals, in particular dogs, are the passion of my life. As a dog-obedience instructor and ex-breeder for more than 30 years, I have trained dogs from various backgrounds. During my years as a professional instructor in Australia, I have found that sometimes rescue dogs have difficulty adapting to their new homes. This can be for a variety of reasons, for example if the dog was not matched with its new owners and/or the dog did not receive an in-depth behaviour assessment before adoption.

In Australia and New Zealand, dogs are euthanased if not re-homed within a certain period of time. Australian and NZ shelters are in a difficult position when it comes to giving rescue dogs a second chance in life. Educating the public is one way to go, however, authorities should rethink their attitude towards animal shelters, in particular when it comes to financially supporting them. Since dogs are a mans best friend, lets do the right thing by them!