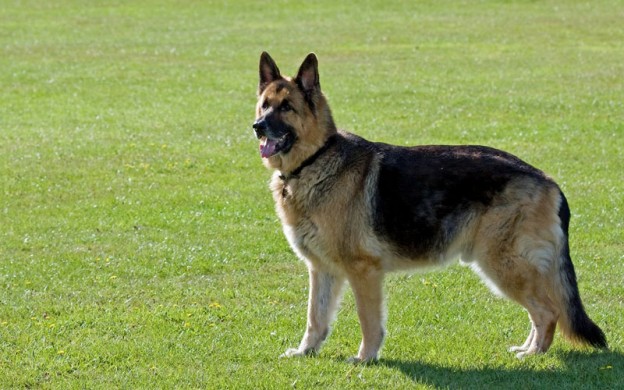 The Daily Shep teaches us about the different types of breeding lines of the German Shepherd throughout history, and since their origin.

The German Shepherd is known for its traditional Black and Tan appearance. It is also known as a breed that is just as comfortable being a loyal and protective family dog, as it is performing a wide array of working dog duties. But, the German Shepherd was not always bred the same way, or for the same purpose.

Throughout history, the German Shepherd has been exported from Germany, and bred for both showing, and working purposes. They were also bred in different parts of the world to have slightly different traits, look slightly different in appearance, and carry out different working duties.

The full list of lines and types belonging to the German Shepherd breed is as follows:

German Shepherds have been bred for Showing. Showing dogs were bred mainly for their appearance, which had to conform to the standard of the major kennels clubs in the geographic location that the event was being held.

West German Show Lines
West German show line German Shepherds were bred for their appearance, but also for their good health and sound temperament. European shows and competitions tend to have a broader range of requirements that they look for in each dog aside from just the appearance. The original standard was the ‘SV Standard’ – the standard set up by breed creator Max von Stephanitz. It is now managed by the FCI.

Health checks on the elbow and hips, and assessing the working ability (for which they have to have a working title) and drive of the dog are often apart of competition assessment. They have more of an orange or red tinge to their coat, as opposed to tan. 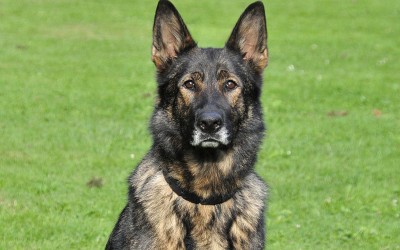 West German Working Lines
The West German working lines are said to be the closest to the original German Shepherd that Max von Stephanitz created. Although they have a strong working drive and are extremely flexible in the range of working and sport tasks they can carry out, they make great family pets. An even temperament is a feature of this line.

East German Working Line
Also known as the DDR German Shepherd, this line was bred after WW2 by the East German Government. They wanted a dog whose purpose was for protection, tracking, guarding, patrol and several other working duties with the East German Government. For this reason, breeding of the DDR German Shepherd was extremely strict. Studs and bitches were not accepted into the breeding program unless they passed their hip and elbow tests.

They had amazing genetics and a typically clean bill of health. Appearance wise, the East German Working line had a darker coat, and a thick body, head and bone structure. In modern times, the purity of this line has been diluted somewhat.

Czech Working Line
The Czech Working Line German Shepherds share similarities with the East Working Line. They were bred by the Czechoslovakian Army’s border patrol, or Pohranicni Straze as they were known. Their breeding was isolated to the border stations that the Czech and East German governments shared.

They were bred to protect their Czech military owners, and of course for patrolling duties. The first Czech working lines had an amazing work appetite for patrol and military based activities. Their powerful bodies make them physically ideal for working duties, and they had a high mental drive. Not surprisingly, they are most similar to East German Shepherds in appearance – darker coats, large heads, and an overall bigger/thicker body than the show lines.

Which Line or Type Of German Shepherd Might You Have?

It could be hard to say. The breed has been bred across the lines a lot since it’s origin in the 1890’s – both within Germany and Europe, and across the US and the world. Most German Shepherds that are family pets are thought to have come from any one or a mix of the West German Working and Show lines, or the American/Canadian Show Lines. The East German and Czech German Shepherds tend to be less common due to their isolated breeding, but also make family pets in the right environment.

What Breed Standard Does Australia Follow For The German Shepherd?
Per the ANKC website, Australia adopted the German FCI breed standard in 1994.