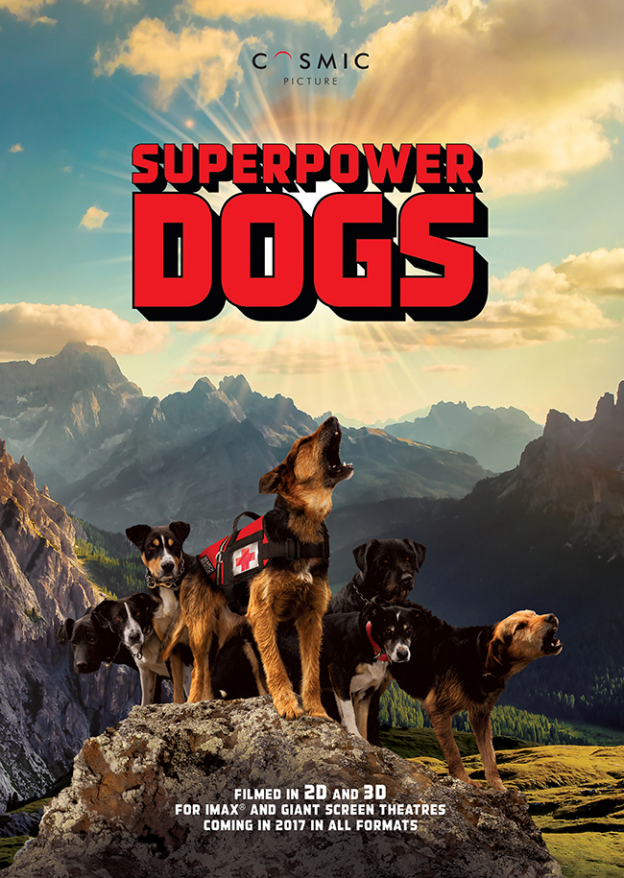 We’re super excited to hear about production of the paw-some film Superpower Dogs!

The giant screen family adventure about extraordinary dogs that fight crime and save lives will be filmed in 2D and 3D.

Presented by Cosmic Picture in association with the California Science Center, the film will re-unite the creative team behind the award-winning giant screen film Jerusalem. Writer/Director Daniel Ferguson joins with Producers Taran Davies, George Duffield and Dominic Cunningham-Reid on this major film project for IMAX® and giant screen theaters.

The film is expected to be released in 2017.