Doggy diabetes: is your dog at risk? 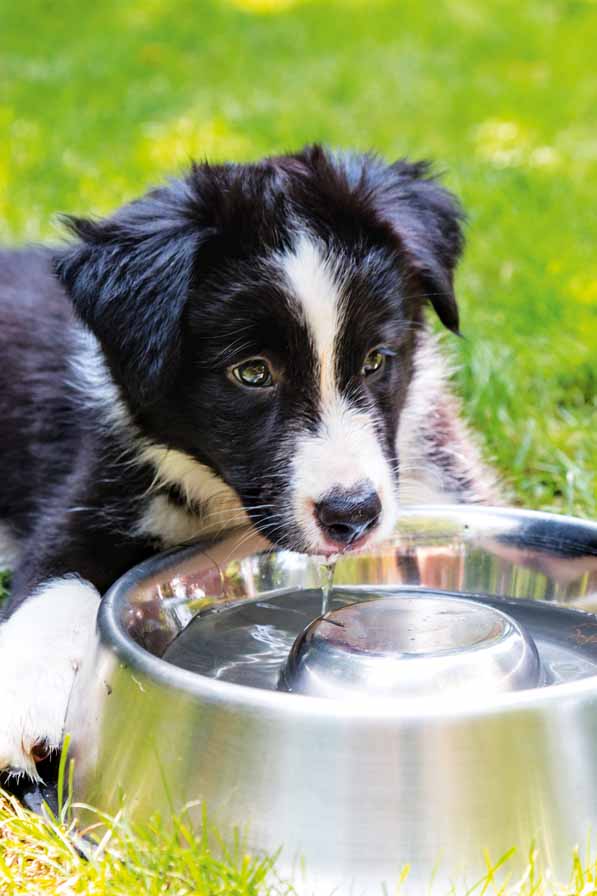 For some dogs, diabetes is a part of everyday life that must be managed with care. Danielle Chenery explains why some dogs get diabetes, outlines the symptoms and describes how it is treated

For Sarah’s 12-year-old Border Collie, Merlot, treatment for her diabetes has been a part of everyday life for the past two years. She needs to be injected with human insulin via a needle every 12 hours. “We have a young family, but also like to socialise, so the times we have chosen are 8am and 8pm roughly,” Sarah says.

Life changed for Merlot one late summer’s morning when she collapsed while on her usual 2.5km walk. “After testing at the vet’s, her glucose levels were very high and her sodium levels very low,” Sarah explains. “Merlot’s symptoms were not straightforward as she didn’t excessively drink.”

Before Merlot was diagnosed and started on her insulin treatment, Sarah says she needed to install a clip-lock on the door fridge because of Merlot’s “ravenous eating”. “The Christmas before being diagnosed, she ate a 4kg smoked ham and a 4kg turkey when she broke into our fridge,” Sarah says.

The main impact from the diabetes has been on Merlot’s eyesight. Sarah says she also feeds her raw foods, a vitamin B complex and cranberry supplements. “This has kept her urinary tract infections away.”

What is diabetes in dogs?

Like in humans, diabetes in dogs is caused either by a lack of the hormone insulin (type I) or an ineffective response to insulin (type II). In both, blood glucose can’t be regulated. Sydney-based veterinarian Dr James Crowley explains, “Insulin is produced by the pancreas, which is essential for glucose metabolism. Type I diabetes is more common in dogs, while type II is found in cats.”

No one really knows exactly what causes diabetes, Dr James says. “However, autoimmune disease, genetics, obesity, chronic pancreatitis and certain medications play a role in the development of disease,” veterinarian Dr Eloise Bright from Sydney’s Love That Pet adds. “Unlike humans and cats, dogs don’t tend to develop ‘lifestyle diabetes’ or type II diabetes from poor diet and obesity, though being overweight can increase the risk. Immune system destruction of the pancreas and pancreatitis are the most common causes.”

Dr Karen Davies from Melbourne’s Direct Vet Services adds Cavalier Spaniels and working dogs such as Kelpies, Heelers and Border Collies to this list. “Other breeds including German Shepherds and many of the Spaniel breeds are at risk,” she says.

What are the signs?

According to Dr James, the common signs of diabetes in dogs include:

Dr Eloise sums it up: “Diabetic dogs will drink more and urinate more, are hungry and lose weight despite their hunger. They can develop white diabetic cataracts in their eyes, have bad skin and general weakness. Diabetic dogs are also more prone to developing urinary tract infections, so may have accidents inside the house, lick their genitals, urinate more frequently, strain or have blood in their urine.”

What can you do about it?

While there’s no cure for doggy diabetes, there is treatment. Your dog will need proper management and care.
“Dogs with diabetes always need insulin twice daily and regular mealtimes. They do tend to take a bit of work and regular check-ups to get them on the correct dose of insulin, so your vet would usually recommend a series of hospital stays to check blood glucose levels,” Dr Eloise explains.

A spokesperson from the Animal Welfare League Qld explains that correct diagnosis is vital for your dog’s treatment. “Diagnosis involves a urine test and an initial blood test. Serial blood glucose curves are then undertaken where blood tests are done at 12-hour intervals over a number of weeks to determine the correct insulin dosages.”

Dr Karen also advises that dogs with diabetes should avoid soft, moist foods. “Pets that are not overweight are fed a diet they will reliably eat that has a constant calorie content. Overweight pets are fed on special weight-reducing diets, aiming to reduce weight gradually to target over two to four months,” she says. “The ideal diet is high in fibre as this helps stabilise blood glucose levels, and will be low in fat and high in complex carbohydrates. Set feeding times and amounts are determined for your pet and are fixed in relation to insulin injection times. Exercise levels for your pet need to be kept consistent or it will interfere with the stability of your pet’s blood glucose levels,” she explains.

Hypoglycaemia, or low blood glucose, is something you also need to look out for. “[This] can occur if too much insulin is given, if your pet doesn’t eat normally or if your pet uses more glucose than usual, for example, over-exercises,” Dr Karen says. “The most obvious sign of this is weakness or lethargy, which will improve rapidly if a readily absorbed glucose source is given, for example, honey. If left untreated, hypoglycaemia can result in coma or death.”

Very sick diabetic dogs are called ketoacidotic patients. These dogs need hospitalisation and intensive treatment with intravenous fluids and medication to get them past this life-threatening stage. “These patients are harder to initially stabilise on insulin, but once past this are treated in the same way as uncomplicated diabetic patients,” Dr Karen says.
For female diabetic dogs, it is highly recommended they be spayed once their diabetes is under control. “Cycling makes management of diabetes difficult and pregnancy is strongly recommended against. It is difficult to maintain and can cause many problems for the mum,” Dr Karen concludes.