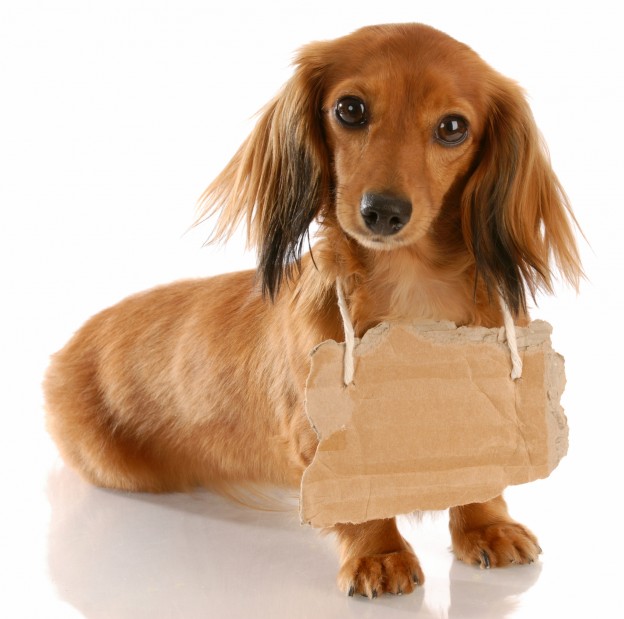 Delta behavioural trainer Karin Larsen Bridge from Get S.M.A.R.T (Successful Motivation And Reward Trained) Dogs explains how ineffective saying NO! can be and offers some great tips on positive training.

We’ve all done it. Our dogs do something annoying and our first reaction is to shout NO! That’s because were human words come easy to us and we assume they are understood equally well by all creatures. But have you ever considered how effective or ineffective saying NO! may really be? What is it you are trying to achieve when you say NO! and is there a better way?

NO! is reactive training

Lets look at the last question first. What is it you are trying to achieve when you say NO!? Is it to stop your dog from doing something you’d rather it didn’t do? This is reactive training waiting for your dog to make a mistake and then punishing him for it.

Learning theorists tell us animals learn best when we set them up for success so that there are lots of opportunities to reward good behaviour this is a proactive way of training. Reactive tactics such as shouting NO! may be used as an emergency measure to prevent a single behaviour from occurring, but should never be a major part of a training plan for several reasons.

1. NO! has no concrete meaning

What does NO! mean? Even for humans it is hard to define. The effectiveness of NO! if any is more likely caused by startle and an aversive tone in your voice rather than an understanding that NO! means I would like you to stop that particular behaviour now. You could probably yell 17 or rhubarb and have a similar effect. To give NO! a clear meaning, it must be followed by a consequence (see using a No Reward Mark below). In many cases, NO!, especially when used frequently, becomes an annoying chant that dogs have learned to ignore.

2. NO! does not define the behaviour you do want

NO! does not tell the dog what we do want him to do. Consider this scenario: your dog is playing happily in the park when he gets excited and starts jumping up on people. You start to shout NO! repeatedly. Finally, he comes over to you and starts jumping on you too as you continue to say NO! Is it clear that NO! means a) you want your dog to stop doing something? and b) what that something is? Is it friendliness toward strangers, running around, coming to you or the jumping up? Would it be clearer if you had said sit rather than NO! each time he jumped? It is easy to see how the overuse or poor timing of saying NO! can lead to confusion and how much clearer it is to ask your dog to do something rather than focus on what not to do.

3. NO! can affect your dogs desire and motivation to work and diminish the dog/owner bond

When you were at school did you prefer teachers who yelled NO! when you answered a question wrong or the ones who took the time to show you where you went wrong and how to get things right? Did you ever feel like giving up? How did it make you feel about the subject, the teacher and the learning process? Did NO! help you to learn the lessons faster or did it make you lose confidence?

Dogs are not that different from people. Most dogs make mistakes because they don’t know what we consider to be right and wrong not because they are dominant, stubborn or disobedient. Top professional and competition trainers accept that it is their responsibility to make sure the animal learns what is right and to do it in a way that will keep the animal motivated to keep playing the training game. As long as your dog wants to stay and play the training game, you can train or retrain anything. Once your animal shuts down, you’ve lost your ability to achieve anything. That is why good trainers focus on a proactive rather than reactive training plan.

A role for NO?

Is there a role for NO! at all? For better or worse, humans seem very attached to NO! and I doubt it will ever disappear completely. So here are a few hints for the best way to supply negative information when training your dog.

A No Reward Mark is simply a distinct sound that will tell your dog the behaviour he is doing will not lead to any rewards it is a dead end. NO! is not an effective NRM as it is too common and used in a wide variety of contexts unrelated to your dog and training. Choose something that will be unique to your dog. Common choices are: ah-oh; no way; wrong or too bad.

2. Give the NRM meaning

You can quickly give meaning to the NRM by playing this simple game. First, teach your dog that one sound means hes earned a treat. Put a treat in your fist. When your dog sniffs your hand say yes, click or otherwise mark the fact that your dog has earned a treat and give him the treat. Repeat several times. Next, present an (empty) fist when your dog sniffs at it say your chosen NRM too bad and open your hand to show there is No Reward there. He will soon learn that the NRM precedes behaviours that will not be rewarded.

NRMs are useful when training behaviours with lots of choices, such as correct scent identification. If the dog retrieves the wrongly scented article it is given a NRM and tries again until he retrieves the correct article and is given a reward. This type of training is similar to the children’s game where one child helps another find treasure by calling out hot or cold.

A click & treat tells your dog hes getting hotter to the right behaviour while a NRM tells him hes getting colder on the wrong track. A NRM is most useful with confident, food- or toy-driven dogs which are very motivated to find out how to get the cookie! However, as with NO!, even the gentlest of NRMs can add to frustration and a decrease in motivation with soft-natured dogs who lose confidence easily. This is why many trainers still prefer to use positive reinforcement only.

Despite the best-laid plans for proactive training, there may be times when you need to interrupt a behaviour as quickly as possible. For example, your dog has put up his feet on the kitchen counter and is about to devour tonight’s roast. In this case, you are likely to move into reactive training or emergency mode and apply what trainers would call an interrupting stimulus such as a word said with great emphasis your dogs name, your NRM, NO! (or something even more colourful!), a clap of hands or a stamped foot anything to stop your dog in his tracks.

Assuming this has saved the immediate danger, the next step is to follow through with a constructive instruction such as come or sit and reward the dog for this last behaviour before implementing management techniques to avoid a repeat of the behaviour, such as putting the dog outside or asking for a supervised settle on his mat.

What form your interrupting stimulus takes is of less importance than your immediate timing and what follows after. The interrupting sound, though it may have saved the roast this time, has not retrained your dog, but it has at least:

Implementing and rewarding the behaviour you want after the event is the crucial step in producing a long-term change in behaviour and immediately rebuilds the relationship that may be temporarily damaged with an intimidating shout. Following through with positive reinforcement for correct behaviour makes it clear that it was not the mere presence of your dog but the behaviour that triggered your aversive response.

Dogs share our homes and lives and sometimes we get cross and yell that’s life! After all, were only human. But relying on negative interactions should never be an intentional part of your training plans.

If there aren’t at least 10 good boys for each Ah oh, you need to re-evaluate your training strategies to make them more proactive. I am always dismayed when people tell me they have a disobedient puppy. The dictionary defines disobedience as a refusal to obey which implies both a knowledge and considered rejection of what you want. Unless your dog has been performing a behaviour reliably for a long period of time that is, it has been obedient and then suddenly stops it cannot really be disobedient. In reality then, all puppies and in fact most dogs are simply uneducated and uninformed as to the ins and outs of human protocols. So give your dog what he needs most an education, and say NO! to intimidation.

If you are using a negative response more than one time out of 10, you need to revise your training/management plans to make it easier for your dog to get it right.