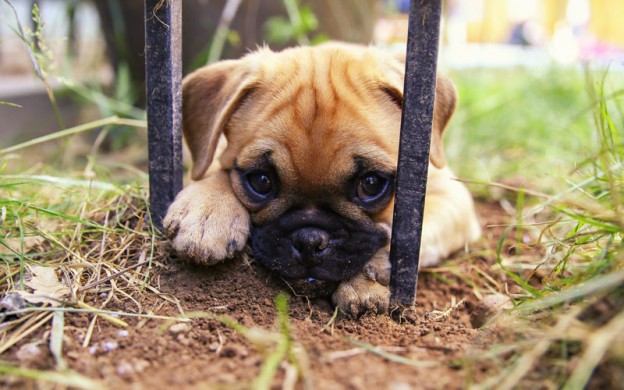 Is your dog a hairy Houdini? Kristie Bradfield finds out why some dogs escape and how this wanderlust can be prevented.

Rex the adventurous Shar Pei has only escaped once, but for his owner, Jodie Swift, that was one time too many. “My stomach dropped when I realised Rex was missing,” she says. “I came home from work, went to the back door to let the dogs in but Rex wasn’t there.” It turns out that Rex did what a lot of dogs do and took advantage of a moment of lax security to make his escape.

“Thankfully, one of the neighbours spotted me walking and knowing that I own a Shar Pei, she asked if I had lost one, as she had seen one on a local buy-and-sell page on Facebook. We contacted the poster immediately and found that she had dropped my dog at a vet’s nearly 20 minutes away from my home.” Thousands of dogs escape each year in similar ways to Rex and end up at shelters, vets and in the homes of those who find them. While some dogs only escape once, like Rex, for others, it is a chronic problem. In order to get to the bottom of this behaviour, it’s important to understand why dogs escape and what you can do to prevent it from happening.

Why do dogs escape?
There are a number of reasons why a dog may escape the confines of the backyard to roam the streets. “The dog may have separation distress or anxiety, which causes them to panic when left alone,” says Dr Eleanor Parker from Adelaide Veterinary Behaviour Services. “This is equivalent to a phobia of being alone. Something terrifying may happen when they are left alone, like a storm, fireworks or a car backfiring.” Dr Eleanor also suggests that a sexually intact dog may roam because they can smell a mate in season.

One of the most common reasons dogs wander is boredom. Many dogs are left alone for long stretches of time, especially during the working week. Once boredom sets in, they look for ways to entertain themselves, as Dr Eleanor explains. “The dog may have learned that they can escape during normal exploration behaviour and that once they were out, they found it was great fun,” she says. There lies the problem: the more times a dog escapes, the more they are reinforcing their behaviour. “It’s a learnt behaviour they try to repeat because it resulted in a good consequence, be that freedom, things to sniff , exercise or social interaction.” If dogs don’t get stimulation at home, they will escape to find it. If they find any weakness in the barrier between them and it, they will exploit it. If a weakness doesn’t exist, they will create one.

Keep your details up to date
Thousands of dogs escape each year and one of the only ways to reunite them with their owners is by microchip identification. Unfortunately, this reunion can only happen if your contact details are up to date. Check them on petaddress.com.au