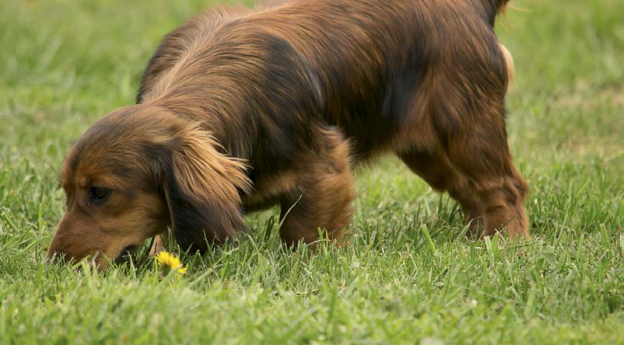 They’re cuddly, cute and messy to boot. Carrol Baker looks at the ins and outs of toilet training your puppy.

Getting ready to welcome a gorgeous new puppy into your home? Along with enjoying the cuddles, snuggles and adorable antics, puppy owners also have the responsibility of toilet training their puppy. Mastering toilet training can be a two paws forward, one paw back process, which might test your tolerance and staying power. But don’t give up.

Dr Amanda Cole, registered specialist in veterinary behaviour, says when toilet training a puppy, there are three important things to remember: “Being consistent in your approach, rewarding the puppy for doing the right thing and being patient.”

Puppies don’t have the physical or developmental ability that older dogs have to “hold it in”. So when they have to go, they have to go. It’s inevitable that accidents will happen because puppies don’t gain full control of their bladders until they are seven or eight months old.

There are some basic steps to toilet training, such as picking a toileting area, watching your puppy’s behaviour for signs that they need to toilet and rewarding them when they do the right thing. 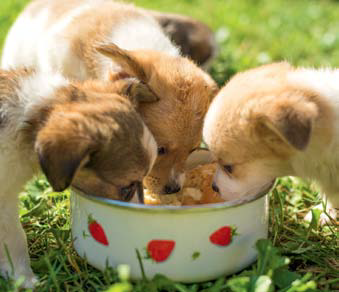 Step one of your puppy-training program is to find a spot for your doggie toilet. Pick an area that is easy for your puppy to access, isn’t too far from the house so he doesn’t have to hold it for too long after you put him on lead, and is an area that has a desirable substrate or flooring, such as grass – a word of caution though: make sure it’s tucked away from foot-traffic areas, to avoid doggie doo on your shoes.

The second step is to familiarise yourself with your puppy’s toileting cues. According to Dr Amanda, there are several telltale signs. “If you notice your puppy with nose to the ground circling, scratching and sniffing about, she could be looking for a place to toilet.” And if you are quick enough, you’ll be able to scoop up puppy and take him to his toilet zone. Other signs can include sneakily disappearing behind furniture, or whining or squatting down (although if puppy is squatting, it’s probably already too late).

The third step is rewarding your puppy for their initial toileting actions, circling and sniffing in their designated toilet area, with calm verbal praise. Once they’ve gone to the toilet, call them over for a treat.

But, of course, your puppy isn’t always going to get it right. Lily advises that if your puppy has an accident, it’s important not to punish or yell at them. “Rubbing your puppy’s nose in it doesn’t reinforce where they should be toileting, all it teaches them is to not go to the toilet in front of you,” she says.

When puppies are born, their mothers lick them to stimulate their instinct to use the toilet, and then she cleans up after them. When you bring your puppy home, accidents will inevitably happen so, in some respects, you’ll be taking over her job.

If your puppy has an accident, use a product that contains an enzymatic cleaner, which will break down and eliminate the smell of the urine, suggests Dr Amanda. “Most regular household cleaning products contain ammonia, which can smell a bit like urine to dogs, and so become a cue for them to urinate there again.”

A clever alternative for apartment living or even small backyards are specially designed doggie loos. According to Dr Amanda, the trick is to ensure you choose the right one for the job.

“It needs to be big enough so the dog can comfortably do its toileting behaviours, such as circling around, so should be one-and-a-half times the length of the dog,” she advises. “It also needs to be sturdy, so it won’t move or make a noise when the dog gets on it to toilet, or they may not feel comfortable using it.”