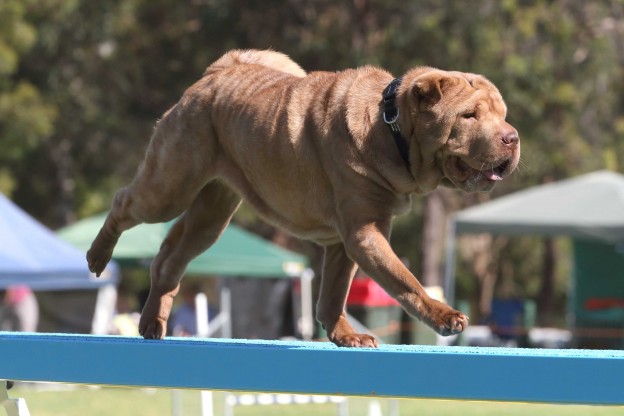 Training your dog is a necessity but with styles and practices widely debated, it can also be an area of conflict. Lauren McKellar speaks to three top Australian trainers for their takes on the industry today.

As president of the Association of Pet Dog Trainers Australia, Louise Ginman has trained her fair share of canines. She first fell in love with the field after owning a Siberian Husky, a dog with a reputation for not being particularly easy to manage.

“I was able to train him to a high level in agility and have him win a trial. Not a single other dog got through the course correctly and in time. From a dog I was told you could never let off the lead … having won a competition against Border Collies and Kelpies? I was so proud of him in that moment,” Ginman says of her first training success.

Since then, Ginman has seen many changes in the training industry in Australia that have really made a difference to the growth and development of qualified professionals. “I think a good advancement in the industry is the formation of positive dog training associations where we can network. We have an annual conference every year; it’s a great way to keep gaining more skills to increase our knowledge and keep on the cutting edge of dog training,” says Ginman, adding that formal qualifications, such as those available from the Delta Society and TAFE, have helped change the ways in which trainers in Australia operate, allowing them to have more knowledge and apply proof to their studies with a Certificate III of IV. Still, Ginman believes it’s not quite enough. Ideally, there would be a national scheme to give all new dog owners trust that the person they’ve hired to train their dog is indeed legitimate.

“Some kind of accreditation scheme would be the next step, so the public have something to measure up against. Anyone can call himself or herself a dog trainer; that creates problems within the industry. It would be nice to be able to regulate that,” she says.

Louise Ginman’s top training tip: “I’d have to say it would be reward, reward, reward. Reward good behaviour. If you like it, reward it.”

Sharon Crichton is the brains behind Positive Dog Training, an Adelaide-based training programme focused on the positive-reinforcement method. With a degree in business and a Certificate IV in Companion Animal Services (Delta Society, Australia), Crichton truly is one of the leaders in the dog training industry, who knows all about well-trained dogs.

“A well-trained dog is a dog that happily chooses to do what is asked, but also has the ability to communicate ‘No thanks, I do not wish to do that today.’ An example is if I ask a dog to sit and the surface is too hot or too wet … they have the tools to communicate that they would rather not,” says Crichton. It’s this respect and understanding of the science of animal behaviour that has led her to such impressive results, in particular with her four-year-old Dalmatian, Pippa.

“[Pippa] was recommended to be euthanised at seven months of age. Without the understanding of positive reinforcement and controlling her environment, she would have been dead. We have never used punishment with her and she is the best-trained animal I have ever had. Not only has she taught me so much, she has helped teach so many of my clients and their dogs. I owe her so very much,” says Crichton.

Since then, Crichton has gone on to bigger and better things, and has helped change the lives of many dog owners in the Adelaide area. She has seen the training industry undergo tremendous growth, which she is particularly pleased with. “I think the greatest advances in training are in understanding that behaviour is a science and that training using positive reinforcement gives us better trained, happier and well-adjusted pets.”

Does this sound like a mantra you could very well live by? If you’re considering forging a career as a dog trainer in Australia, Crichton has some very solid advice for you: “Keep learning, keep challenging your thinking and live by the mantra ‘do no harm’.” Wise words, indeed.

Sharon Crichton’s top training tip: “Reinforce the behaviours you want and with behaviours you don’t want, teach an alternative incompatible behaviour and take every opportunity to add to the emotional bank account with your dog.”

Basil Theofanides not only works in the dog training industry, but has been called upon by the government for several court cases involving assessing a dog’s behaviour to judge if it should be classified as dangerous or not. He has appeared on television and has trained dogs Australia-wide. It’s this extensive experience that makes him an expert on what a well-trained dog can achieve.

“The best thing about having a well-trained dog is that they are a pleasure to be with. They then become part of the family and are involved in your life far more. They are not a nuisance to visitors, and you can safely take them to parks, cafes and holidays,” says Theofanides.

Despite this emphasis on the family inclusion, Theofanides stresses that this is not something you should take too far. “Never treat your dog in an anthropomorphic way,” he explains. “They are not humans.”

When it comes to the Australian training industry, like Ginman, Theofanides states the formation of national bodies such as the Association of Professional Dog Trainers Australia as being one of the major things that have revolutionised the industry. “Trainers have standards to adhere to and all good trainers are members of a recognised independent association.”

For those looking to enter the training field, Theofanides recommends having an open mind and choosing a training style that works for you. “Just remember that dogs are diverse in character, some are quicker in response than others and all have their off-moments,” he says.

Basil Theofanides’ top training tip: “Train your dog and learn about dog behaviour. It’s your obligation as a dog owner.”