How to tame 'teen' dogs 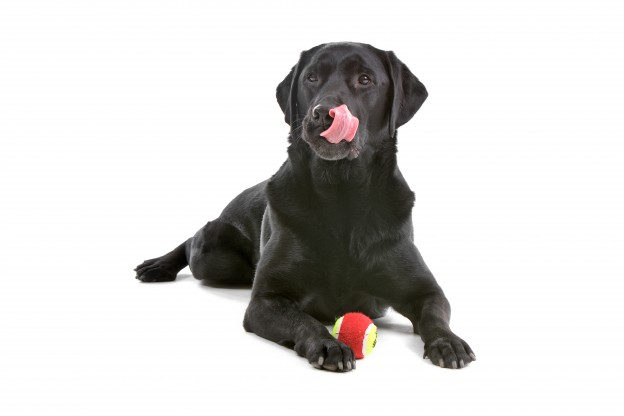 We have all heard (or experienced!) the ‘terrible twos’ but can this happen to our fur-babies too? Kate Potter discovers at what age dogs becomes adolescents, what it means and how to stop the cheeky canine behaviour.

We’re all familiar with the so-called ‘terrible twos’ that can turn sweet and agreeable toddlers into precocious terrors. Well, it happens to our canine babies too! Sadly for dog owners, it kicks in within a far shorter timeframe for our four-legged family members – often at around six or seven months of age.

Despite it often seeming like a dramatic transformation from the experiences you were getting used to having with your pup, it’s actually a perfectly normal behaviour. It’s essentially a time that your puppy is learning to be independent and he wants to experience all that the world has to offer. The most important thing that owners need to remember is that, with good training and some patience, the naughty behaviour won’t last forever.

John Reissenweber and his wife, Debbie, brought their lovable black Labrador, Poppy, home when she was four months old. Although Poppy settled in to her new life quickly and appeared to be a perfect angel, it wasn’t long before she started to test out some new skills around the house.

“For Poppy, gardening became a great way to pass the time while we were out. She ripped branches from our perfectly squared English box hedge and dug endless paddling pools in our lawn. Once the previously pristine backyard was destroyed, she turned her attention to ‘re-working’ the power supply wiring to the hot-water service. After that, it was the BBQ gas hose,” Reissenweber says.

Chewing anything and everything is a very common issue in juvenile dogs, as is jumping up on people and zooming around like an Olympic sprinter. If owners can start socialising and educating their pups from a young age at puppy preschool, then continue on to puppy classes, it’s easier to build upon and enhance training all the way through the juvenile period.

Adelaide Pet Dog Training’s Bodil Schou-Hansen says “the more that new owners can interact with their pup, reinforcing acceptable and discouraging unacceptable behaviours and setting clear learning parameters, the more effectively they can redirect behaviour to what is appropriate.”

As your dog grows more confident in his independence, he’ll continue to push the boundaries, test exactly where your limits are and may try to demonstrate some assertive behaviour. It may feel like he’s virtually learned to say ‘no!’ to you when he doesn’t get his way. Nevertheless, as with any training, success lies in patience and the consistency of feedback you give him.

“I find the key to a successful training outcome is sticking to the rules, no matter what,” says Reissenweber. “Poppy will ‘try you on’ and if you let her get away with bad behavior once, she’ll keep trying it.”

Positive reinforcement training methods should be used to let your dog know when he’s doing the right thing and redirect the unwanted behaviour. Given the dog is simply doing what comes naturally, physical punishment runs the risk of exacerbating the issue rather than fixing it. Establish something that your puppy loves and use that as a powerful reward. If they learn they can get the thing they value most for being good, they’re more likely to try to prove to you just how good they can be.

“If it’s necessary to discipline your dog, removing something he desires can be very effective,” says Schou-Hansen.

This could mean ignoring him or putting him in time out. You could also remove his access to the thing you’d prefer he didn’t give attention to, like taking away the running shoe that he wants to chew on and replacing it with a more appropriate item. Make sure you give clear guidelines and encourage your pup to trust you. Training exercises such as making him wait patiently for food and being given a command before he can eat can be effective. When out walking, if he pulls at the leash to get ahead, stop moving. If forward momentum is what he wants most, stop him from having it until he learns that it’s done on your terms. However, remember to reward him when the lead is loose.

Poppy gets so excited when visitors come to the house that there’s nothing more she likes doing than jumping up with an animated greeting. Cute little puppies can turn into big burly dogs, so Reissenweber knows that it’s a habit that needs to be stopped. Taking away her opportunity to jump is quickly curbing her enthusiasm.

“We’ve started putting her on the lead and standing on it before we open the door, allowing her just enough length to sit upright. When the door opens for the visitor, she’ll initially attempt to jump up but as soon as she finds she can’t, she remains calm and waits for her greeting pat instead.”

Some other changes may seem at odds to the hyperactivity described here. Eating habits, for example, may slow. As a puppy, your pooch likely vacuumed up his food as if it were the first time he’d had a meal and the last one he’d ever receive. As puppies grow up, their metabolism changes and they may start to become less frenetic at the dinner bowl.

The feeding routine will also allow them to establish that you will, in fact, continue to feed them and that they don’t need to worry. If your pup is a hoover of food, interactive toys that dispense food are a great way for him to ‘work’ for his food. They also slow eating speed and provide a fun chewing opportunity at the same time.

How the ‘terrible twos’ may affect your dog can also be influenced by its breed and gender. Very active dogs, such as Border Collies, Kelpies and other working breeds, will need a high level of both physical and mental stimulation to work through this period of their lives. Desexing your dog may also give many behavioural advantages.

“One of the biggest behavioural effects of desexing male dogs is reducing their desire to roam. Desexing decreases their sexual urge and they’re less likely to show interest if they get the scent of a bitch in heat,” says Schou-Hansen.

“The desexed male dog is also less likely to show aggression to their owner and other dogs. However, if this is part of their learned behaviour, neutering may help but the behaviour still needs to be managed through training.”

The main behavioural advantage of desexing female dogs is that they tend to be less reactive. Like male dogs, it also reduces their sexual behaviour and they will not have phantom pregnancies, which can cause them a lot of distress.

This challenging age can be a time when many owners give up and pass their dog to another family or surrender it to an animal shelter. Schou-Hansen reminds owners that they don’t need to take such drastic actions if they can remind themselves to persist with training. In time, they will reap the rewards of their efforts.

“If owners commit to providing training to their puppies through to adulthood, which is just over two years, they will enjoy a lifetime of benefits. That’s vastly shorter than the usual 18 years or so needed to ‘educate’ our children!”