Most dog owners are confident they can read their dog’s mind or, at the very least, understand what he’s trying to say. But can you really? Or are you a victim of a doggy ‘myth-understanding’? Kate Potter discovers.

Reading your dog’s body language and behaviour and separating myth from reality can make a big difference to your relationship.

Bache says, “when working with a dog, it’s really important to differentiate between actions that are bad manners, like jumping up, or behavioural anxiety issues. Manners can be fixed with the help of a trainer, but one in five dogs suffers from anxiety, so you may be dealing with something more serious.” 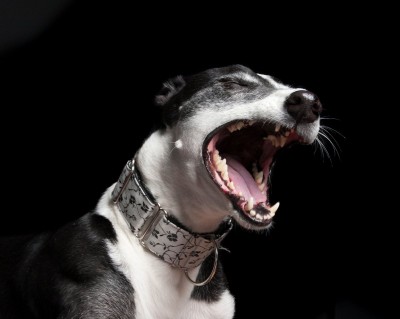 “The word dominance is such a blanket term,” says Henderson, “but it doesn’t explain why a dog is doing something or what his issue is.”

Quite often, a dog that is exhibiting aggressive behaviours is doing so because he perceives that he’s being threatened.

“Something that may seem totally unthreatening to a person can be completely the opposite in a dog’s mind,” says Henderson.

A lot of people will quickly tell their dog off if he growls at someone, either because they’re trying to reassure him or because they feel it’s an unwanted behaviour. However, in dog language, a growl is the ultimate warning.

Bache says, “always thank a growl, because if you don’t pay attention to it, the next step is a bite.”

“If you punish your dog for growling when it feels intimidated, you may not be so lucky next time – to avoid being told off again, it’ll skip growling and go straight to a bite.”

Learn what causes your dog to show aggression and keep him safe from those situations. By understanding what triggers your dog to react, you can, over time, work to desensitise him and change his response to the situations he finds intimidating.

As a puppy, Libby Stephens’ Maltese cross Shih Tzu, Jazzy, had an unfortunate run-in with a large, overly enthusiastic dog, which bowled her over and made her nose bleed. Since then, the sight of an oncoming dog sends Jazzy into a state of panic.

“At first I thought she was trying to exert herself or be aggressive,” Stephens says, “but I soon realised that she was frightened of anything bigger than her; it makes her hysterical.”

Myth 2: patting your dog when he’s scared will reinforce the behaviour 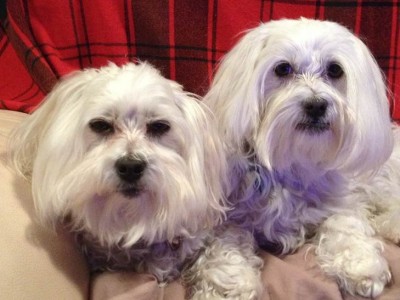 If your dog quivers from the tops of his ears to the tips of his toes every time there’s a storm or lightning, it’s clear what’s scaring him. Typically, the common opinion is that cuddling a worried dog will reinforce the behaviour and he’ll ‘play up’ his worries to get more of your attention.

“If a dog is having a proper panic attack and your hugs calm it down, then do it,” Henderson says.

“You’re not going to train it to have a bigger panic attack at the next thunderstorm with a cuddle. In fact, ignoring the problem will more likely heighten his reaction.”

Stephens often goes sailing and takes Jazzy and her other dog Rose, a 10-year-old Maltese cross Poodle, with her. While Jazzy takes their ocean adventures in her stride, Rose finds the wind and noises on deck frightening.

“She insists on cuddles and hides her head under our arms so she can’t see,” says Stephens.

“If we aren’t able to hold her because we’re busy controlling the boat, we need to put her below deck to keep her calm.”

Dogs are very perceptive animals and will base their reactions to the vibes they receive from their owners. If you get worried about thunder and noises and fuss over your dog, he’ll pick up on your concerns and reflect them in his behaviour.

Myth 3: my dog has FOMO (fear of missing out) 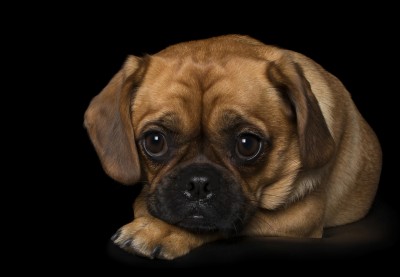 Some dogs will attempt to shake the back door off its hinges to gain access to the house, no matter what. Most owners think it’s for attention and that their pooch just wants to be part of the action indoors. However, this sort of destructive behaviour, along with barking or pacing, can be a sign that your dog has more serious issues than a fear of missing out.

Yelling at your dog or using techniques like throwing chains on the ground to distract him can heighten his anxiety and send him into a panic.

“When it comes to panic attacks, dogs have no coping skills and no idea what’s going on,” says Bache.

“If a dog suffers from anxiety, it can be really hard to change its behaviour when all he’s doing is crying out for you to help.” 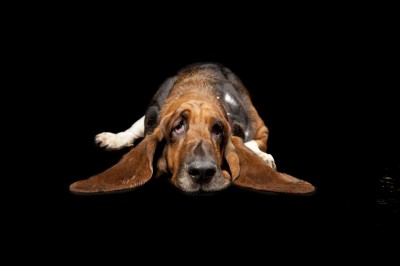 Dogs are the absolute champions of living life in the moment, whether they’re getting a belly scratch or happily chewing your favourite shoes. This approach to life means that if he does something wrong and you need to tell him off for it, you need to catch him in the act.

“You’ve got roughly half a second to get your dog’s attention before it moves on,” Henderson says.

If you haven’t busted your furry criminal on the job, that oh-so-meaningful guilty look he’s giving you 10 minutes later is more likely a look of fear.

“It’s what we call a displacement behaviour – something dogs do when they’re feeling a bit worried or uncomfortable,” says Henderson.

Essentially, your dog knows something isn’t right and that you are upset. Sadly, he doesn’t connect that feeling with the fabulous fun he was having earlier in the day, when he was pulling the clean sheets off the washing line. What he can do, however, is recall how you reacted to a previous situation. With the washing example, he may remember that you got angry last time the washing was on the ground – now the washing is on the ground again, he’s waiting in worried anticipation of your reaction.

One of the big myths that Henderson and Bache come up against is that puppies shouldn’t socialise with other dogs until all vaccinations are done.

“Pups go through a major socialisation period between three and 12 weeks of age,” says Henderson. “Many dogs we see have missed this crucial development opportunity and present as antisocial or with fearful behaviour.”

While no one wants their puppy to get sick, Henderson says that a careful approach to where your puppy socialises and who with can prevent a lot of future behaviour troubles.

“Play with vaccinated dogs. The beach is a good place to play because the tide washes the sand constantly. Dog parks are a no-go zone until vaccinations are done.”

“If you’ve got a parvovirus outbreak, be more careful. But in all my years of being a vet, I’ve never seen parvo – but I have seen plenty of antisocial dogs!”