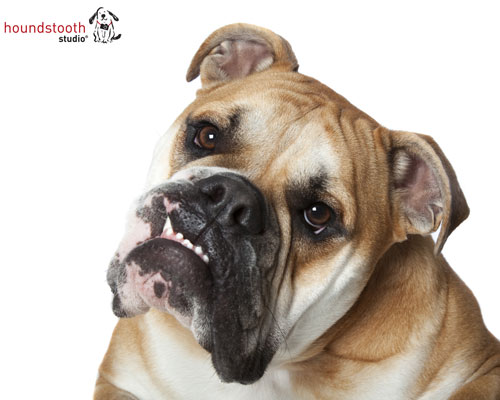 Not quite sure if your pooch needs a little discipline, or the help of an expert behaviourist? Mel Hearse chats to the experts and finds out whether dog psychology can help your four-legged friend.

With the growing popularity of shows like Cesar Millan, there’s clearly belief in the value of doggie psychology, but as it’s a relatively new concept to the average household, some owners simply don’t know where, or whether to start. If you are wondering how to identify when your dog’s “problem behaviour” is simply a matter of training and discipline or a sign of something deeper, requiring the expert ministrations of an animal behaviourist, you could start with a chat to your vet, says animal behaviour consultant, Dr Joanne Righetti of Pet Problems Solved (www.petproblemsolved.com.au). Dr Righetti says for many owners, the need for more serious intervention comes when they try to fix things with training and it has little or no effect.

Dogs that experience issues with aggression, digging, chewing, barking, anxiety or phobias generally experience a loss of quality of life, says Brad Griggs, nationally accredited and qualified professional dog trainer and behaviourist at Canine Services (www.k9services.com.au). As any owner of a dog with behavioural problems probably already knows, Griggs says it can also mean a diminished bond with their owner – for example, they may spent a lot of time outside, or they may not be taken out for walks or beach runs if aggression is their issue. “Dogs with aggression problems face the added risk of being put down, as they pose a risk to humans or other animals,” he says.

Dr Righetti says people may also enlist the help of an expert behaviourist because they’ve been instructed to by their council – for instance because of nuisance barking, or aggressive behaviour.

“Fear and aggression are both normal, adaptive emotional responses in a dog. They play a role in keeping a dog safe, but are unpleasant states for a dog to experience. Anxiety and phobias are maladaptive emotional responses in dogs, and need to be addressed for the dog’s benefit. Often anxiety and phobias make life very difficult for the humans who care for the dogs,” says Griggs.

There is a difference between fear and anxiety; Griggs says fear is specific – “If you remove the spider I am scared of, my fear will subside”. Anxiety on the other hand is non-specific and relates to an inability to predict a perceived aversive event.

Aggression takes many forms – dogs can be kind to humans but aggressive towards other dogs, or sometimes may have an issue with just men, women or children, says Griggs. Aggression can include barking, snarling and teeth-baring, lunging, snapping, biting, posturing or attacking.

Obsessive-compulsive disorders involve repetitious activities, such as tail-chasing, digging, or running up and down a fence line, says Griggs. Dogs may experience fears, anxieties or traumas due to negative experiences, but these behaviours often have no obvious cause, says Dr Righetti, who says it is still possible to work successfully with dogs in this circumstance. “Sometimes medication may help get the process under way.”

How to find help

Ask your vet, or ask a friend, do a search on Google or a flick through the phone book, and you’ll get plenty of names, says Griggs, who says the surge in popularity for dog therapy has led to a rise in the number of people advertising their services, but not necessarily a correlation in skilled behaviourists. “The trick is to find someone that is experienced and well qualified. There are currently no formal qualifications required to use the label ‘dog behaviourist’, and nowhere near the training options available for those wanting to practise psychology on humans, so you need to look beyond the title on their shingle,” he says.

Griggs says it’s a good start to look for someone who specialises in dogs (some behaviourists work with other types of animals), and who have an interest and experience in the issue you are concerned about. “The dog training and behaviour community is becoming an increasingly specialised area. If your dog is having problems with aggression it would hardly make sense to enrol the dog in a trick training class. My range of services is quite broad, but if I have a client that wants to do herding work, I would refer those folks on to colleagues of mine that specialise in that particular endeavour,” says Griggs.

“A behaviourist must be a very skilled trainer to be most effective, as behaviour modification involves creating new behaviour patterns for dogs and manufacturing opportunities to reinforce dogs for new, more beneficial behaviours,” says Griggs. For this reason, Griggs says you should be wary of those who offer a quick fix, especially for complex issues. While they may be able to spend three hours with you, and you’ll see a change there and then, this is unlikely to lead to lasting change.

While there are professional organisations a behaviourist or trainer can belong to, there is no legal requirement to do so as there are with veterinarians, or psychologists for humans, says Dr Righetti. “Veterinary behaviourists are vets with further qualifications in behaviour. Animal behaviourists however may or may not have qualifications.”

Making the most of the help

Griggs says a key factor in getting the most from your behaviourist is good communication and trust. “I discuss the short- and long-term goals with my clients, and we talk about what they are and are not comfortable with. I need to know that my clients are enrolled in achieving the same outcome for their dog that I am – they are the most important part of the equation. I’d have no problem referring a client to a colleague if the client didn’t appear comfortable with me for whatever reason,” Griggs says.

Griggs says it is a good idea to speak up and ask questions when you don’t understand why something is being recommended or how it works. “When the client understands the reason for approaching things a certain way, they are much more likely to enjoy success into the long term,” he says.

Finding the right behaviourist aside, keeping up the work is also important, as is having everyone in the home on the same page. “There’s no point expecting your behaviourist to come over, whisper in your dogs ear and it’s all sorted. You need to commit to following through, and so does anyone else in the house.

“Consistency is important as well – the methods become the way you always interact with your dog. For example, if you have a dog that jumps up when you pat your knee when you call him, you can’t spend five minutes a day training him not to jump up, and then the rest of the day tapping your knee and leaning over towards him when you call him”.

“Our dog Buster benefited from a behaviourist”

Louise and Nick Riederer Hill first decided to engage the help of an animal behaviourist when their dog Buster, a strong-willed beagle, started showing random signs of aggression towards males.

“We adopted Buster when he was two years old, so we don’t know his complete history, and what may have happened to him as a puppy. He has always been aggressive at the door, and we have learned to deal with this by closing him in a room when we answer it.

“About a year ago, when Buster was 10, he randomly lunged and tried to nip the ankles of a male friend who had been in the house for a few hours as he went to walk down the corridor. It also worried us that most of our friends now have children, and even though he gets along with them, it’s always a worry he could snap and hurt them.

“Seeing a behaviourist is very time-consuming process. Our first meeting was around three hours long, and we were given a range of different training we had to do on a daily basis, and a lot of informational sheets.

“Since seeing the animal behaviourist, we have noticed that Buster is more observant of us, and will listen to our commands. His aggression is still random but not to the degree it was previously. We have still not solved the door issue, but that is more down to us not being as consistent as we should be. The training does take a lot of commitment and everyone has to be willing to fully commit to it. The methods are not quick changes, time and effort has to be applied, and they are a daily thing.”