5 terrific tricks to teach your dog 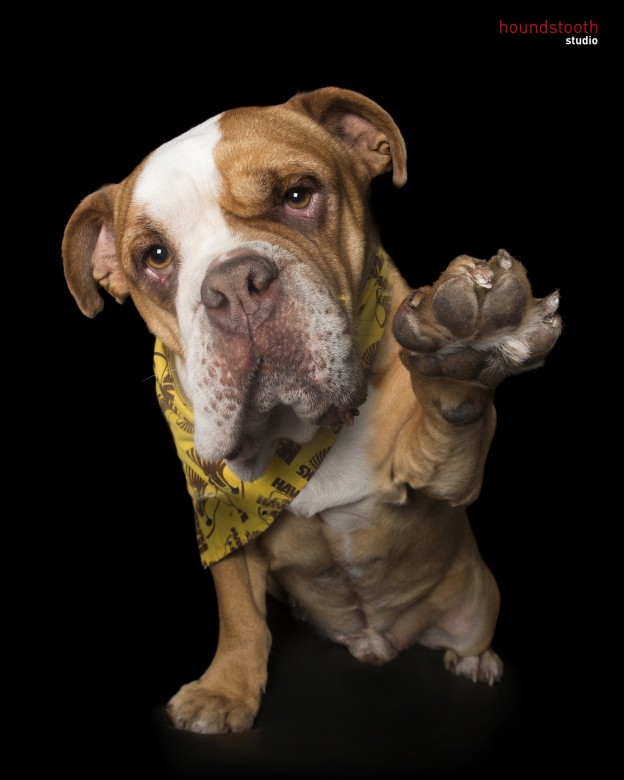 Owning a dog is a lot of responsibly … but it’s also a lot of fun! Ben Nour reveals some tricks you can teach your pup that are sure to impress all.

Bringing home a puppy is not unlike bringing home a newborn baby. Those closest to you will fawn over your newest addition to the family, amused and delighted by even the simplest of behaviour, be it the first burp or bark.

However, your dog chasing his tail or growling at her reflection in the mirror is not all that will amuse and entertain. There is also a variety of tricks you can easily teach that, beyond impressing family and friends, will also benefit the health and wellbeing of your clever canine.

Teaching your dog tricks has many benefits beyond its entertainment value — it also strengths the bond between owner and dog, which, according to Puppy Perfect dog trainer, Zoe Daly, will lead to a much happier pup.

“Dogs genuinely enjoy learning, with the reward simply an added bonus. As long as the training is kept upbeat and fun, puppies will look forward to performing their favourite trick. Training also builds a much-needed bond between owner and puppy,” says Daly.

As well as making for a content dog, teaching tricks provides much-needed brain stimulation, which can offset serious mental illnesses.

“Keeping dogs’ minds active by teaching dogs new tricks as they grow older can be a great way of helping to prevent the development of mental illness such as dementia in old age.”

Despite the well-known saying, “you can’t teach an old dog new tricks”, it’s not just puppies that can benefit from learning tricks — any dog can!

“When it comes to teaching tricks, puppies have a shorter attention span and older dogs may have some habits that get in the way of training,” says Daly. “However, each dog is different and it depends on a dog’s individual personality on how quickly they will pick up things, rather than their age.

“Dogs all learn at different speeds and have different talents, no matter how old they are.”

Rolling over is a behaviour that comes naturally to most puppies, not that it’s any surprise — who doesn’t like a belly rub? However, your dog is unlikely to roll over on command, not until you follow these steps to teach it to.

Step one: Lure your puppy into the drop position using some food.

Step two: Gently guide your pup onto its side using food for its attention.

Step three: Using food held to your pup’s nose, lure its head around to roll over (you may need to assist by guiding a few times at first). Be sure to speak the command “roll over” while doing this.

Step four: Give an enthusiastic “yes” to let them know they’ve done well and reward them with a treat! Practise until your puppy rolls over on command.

Find me if you can!

No matter their age, everybody loves playing hide-and-seek and in three simple steps, you can introduce your puppy to this fun game.

Step one: You’ll need a partner to help with this one. Have them hold your puppy while you run off and hide somewhere.

Step two: Call out to your puppy using its name and wait as it searches for you.

Step three: Once your pooch has found you, reward him with a treat. Repeat this training often enough and your dog will learn to come when called.

While your puppy is probably already well accustomed to begging for food or attention (there’s a reason they call them puppy eyes!), she probably won’t beg for any other reason than wanting something. Follow these simple steps and you’ll have your dog begging at your whim.

Step one: With food held above your pup’s head, lure your pup backwards so it has to rest on its back legs.

Step two: Speak the command “beg” with your hand raised above your puppy’s head. Your pup will reach up to eat the treat, as is does, raise your hand so your puppy stretches up.

Step three: Let your puppy know he’s done well by saying “yes” and give her a treat.

Among us humans, a handshake is a customary way of respectfully offering congratulations, expressing gratitude and greeting or farewelling someone. However, if your dog is anything like mine, he’ll most likely greet you with a bark rather than a handshake when you arrive home.

Step one: With your dog sitting in front of you, hold a piece of food in between your fingers and offer it to your dog while speaking the command “shake”. Do not let him eat it.

Step two: Hold your hand out to your dog. He will eventually paw at your hand and, when he does, shake his paw and give him a treat.

Step three: Continue this process until your puppy automatically holds out his paw for a shake at your command.

Playing dead is an act that even the greatest performers have to master and now your pup can learn it too!

Perfect for a modified game of cops and robbers, with your dog able to play as either canine criminal or police pooch — I’m sure any puppy can make a great stolen food detector!

Step one: With your hand cocked in a gun gesture and pointed at your puppy, say “bang!”

Step two: Immediately guide your puppy into the drop position and have him lie at his side.

Step three: When he lies still, give an enthusiastic “yes” and reward him with a treat.

Like humans, different dogs have different personalities and it might be more difficult to teach some puppies certain tricks than others. For puppies that are a little slow at performing the trick, Daly offers this advice:

“Try lots of different rewards to motivate the dog, as every dog has a favourite reward and you just might not have found it yet. This reward could be anything from hot dogs, a tug rope/cloth, ball or squeaky toy, or some dogs prefer cuddles — when you find it, you’ll know!

“Only use their favourite reward for training and they will be a whole lot more motivated when it comes to trick time!”