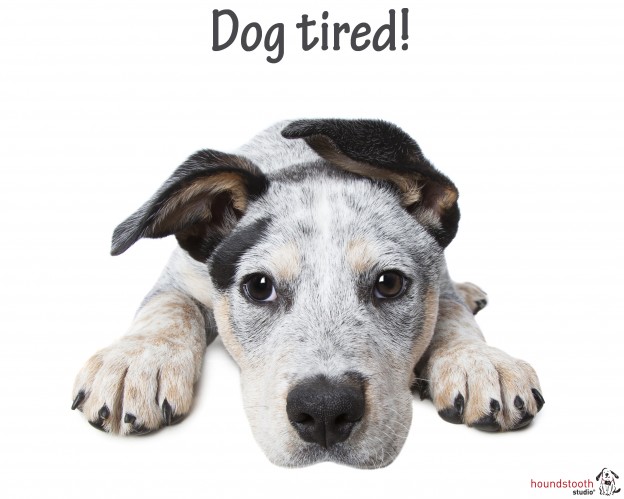 Plenty of humans experience depression during the long, dark days of winter, and Seasonal Affective Disorder (SAD) is a proven condition — but is there such thing as winter depression in dogs? Tim Falk reports.

When the mercury heads south for winter and the long days of sunshine are replaced by grey skies and rain, sometimes it’s hard not to feel a little depressed. Day after day of gloomy weather has been proven to cause depression in humans, a condition known as Seasonal Affective Disorder, or the apt acronym SAD.

And although not many people are aware of it, SAD is a condition that might just affect dogs as well. “Our pet dogs and cats are generally less active and sleep more in winter months,” says Dr Kevin Foster from Vets on Parker in Templestowe, Victoria. “In countries where winters are prolonged and daylight is reduced, this inactivity can be pronounced. This has led to some people hypothesising that dogs and cats might be experiencing Seasonal Affective Disorder.”

Dr Margie Roser, a vet who presents a weekly pet radio show on 2CC Canberra, says winter depression in dogs is an area we still have much more to learn about. “There have been no studies that conclusively show that dogs get depressed in winter like people can, although there have been studies in the UK that show that people thought their dogs seemed sadder, sleepier and less interested in socialising during winter,” she says.

Why the long face?

For Louise Green, the loving owner of an adorable Golden Retriever named Samson, the theory that dogs suffer depression during winter is not a far-fetched one. “I see this first-hand every winter as soon as we have a couple of really miserable, rainy days in a row,” she explains.

“Samson is usually pretty bouncy and always begging for your attention, but during winter he becomes much more lethargic and lazy. He just mopes around like a big sook.”

As the poll in the breakout box below would suggest, Samson is not alone in showing symptoms of depression during winter. These symptoms include fatigue, depressed mood and lack of energy. “The science behind SAD is due to a hormone called melatonin,” Dr Foster says. “Melatonin regulates our circadian rhythm and is produced by the pineal gland at the base of the brain. The production of this hormone is inhibited when light hits the eye’s retina. Therefore, melatonin production is at its greatest when it is dark.”

Dr Roser says the patterns of “depressed” winter behaviour seen in dogs are more likely be a reflection of their owners’ mood or their owners’ reluctance to take their dog for a walk in the dark or in poor weather. In essence, some dogs are just bored.

She also points out that the levels of mood-enhancing hormones, such as serotonin, get altered in response to changes in day length. “These chemical triggers also tell animals when to hibernate and when to mate. It is changes in these hormones that can make dogs and humans sleepier and hungrier in the winter. The change in day length is also thought to contribute to winter weight gain by decreasing activity and increasing hunger,” Dr Roser says.

Most areas in Australia get enough daylight and the weather is better compared to that of the northern hemisphere, where the majority of SAD is reported, so it is a syndrome that is not commonly seen in pets in Australia. Although SAD could be the cause of these changes in behaviour in our pets, other more common problems like arthritis should be ruled out before assuming your pet is depressed.

“In addition, anthropomorphising our pets’ behaviours is not uncommon — we get depressed so animals must get depressed too,” Dr Foster says. “But for them, less play and activity may be a form of hibernation — storing energy and fat reserves. Bears do it, so why not our pets?

“Another more common problem we see associated with melatonin is a condition called seasonal flank alopecia or light-responsive alopecia. This is a condition seen in winter months where some breeds of dog experience bilaterally symmetrical hair loss on the sides of their body. Treatment involves the use of some supplements and increasing the dog’s exposure to sunlight.”

But if no underlying illnesses are diagnosed by your veterinarian, there are plenty of steps you can take to help overcome your pet’s winter blues. Ensuring that a dog gets exercise on a daily basis is very important in preventing depression, but Dr Roser says going on a “dog walk” is even better. “Dogs perceive their environment so much better through their nose than they do their eyes, so exploring by sniffing and allowing the dog to go (within reason) where they want to go will both mentally and physically exercise a dog, making for a happier pup,” she says.

The use of white lights around the house to simulate the longer day length of summer can be trialled as an additional therapy, but it needs to be in conjunction with increased physical and mental stimulation. Toys and games are a great idea for keeping dogs occupied. “Easy mental games for dogs include food puzzles, whereby their dinner is hidden within a puzzle and they need to work out how to get it out,” Dr Roser says.

“Prevention and treatment are the same for dogs. Mental and physical stimulation and letting the dog have social interactions with other people and animals will really make them happy. They are social animals and don’t like to be cooped up all winter.”

So if your dog seems to be suffering from a bad case of the winter blues, taking care of these simple steps should soon have him feeling like a million bucks again, ready to tackle anything the world might throw at him.

A survey conducted by UK veterinary charity PDSA found that one in three dog owners see a considerable downturn in their pets’ moods during the winter months. “The findings suggest that around eight million UK pets want to eat more, avoid exercise and are grumpier during the winter months,” Dr Foster says. Thirty per cent of cat owners also said that their pet seems “sadder” and less playful during the season.