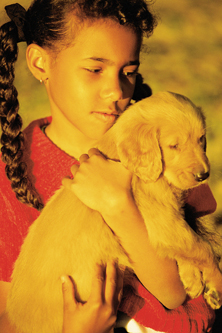 Melanie Hearst speaks to experts about skin cancer in dogs, and what prevention and treatment options are available to fight the deadly disease.

Just like us, dogs are susceptible to skin cancers from the genetically linked type to those caused by too much sun. Though the research on the incidence of dog cancer is not plentiful, pet-health experts suspect about one dog in every 200 develops a skin tumour or cancer each year.

To get the lowdown on skin cancer and treatments available for canines, Dogs Life caught up with Dr Ken Wyatt, registered specialist with Perth Veterinary Oncology, a member of the Australian Veterinary Association and a consultant with the Murdoch Animal Cancer Care Unit.

As with humans, a number of skin cancers can develop in canines. According to Oncolink (www.oncolink.com), the website of the Abramson Cancer Centre of the University of Pennsylvania, squamous cell carcinoma is a malignant tumor of epidermal cells with varying degrees of keratinocyte (squamous cell) differentiation.

The website explains that squamous cell carcinomas often occur due to excessive UV exposure (sunlight), which can cause mutation and DNA damage. These tumours commonly arise in non-pigmented, either sparsely haired or hairless skin.

Wyatt described the second type, mast cell tumours, as the most common cancers of the skin and underlying (subcutaneous) tissue in dogs, despite being quite rare in people.

He explained that the causes are largely unknown, and that in almost all cases, it begins in or under the skin.

Mast cell tumours vary greatly in their degree of malignancy – some will never be more than a small lump in the skin, while others will grow rapidly and spread elsewhere in the body, he said.

The third type of skin cancer, melanoma, is a relatively common tumour in dogs, and ranges from benign (harmless) to malignant (potentially fatal). Melanomas in locations other than the skin of the body, such as the paws or inside the mouth in dogs, are generally more aggressive. Melanomas are not the result of sunlight exposure, and are more likely to be malignant in miniature Poodles.

How do dogs get skin cancer?

The answer is dependent on a number of factors. The squamous cell carcinoma is most commonly a result of too much time in the sun, with too much skin on display. Dogs with no skin pigment (such as Bull Terriers and Dalmatians) and a thin coat are at high risk. Some breeds, and again the unlucky Bull Terrier is a prime example, have behavioural predilections that mark them as high risk pups that like to lie on their sides in the sun leave their bellies exposed to the harmful UV rays.

As for mast cell tumours and melanomas, Wyatt said pet-health experts do not know much about the causes because there is not a vast amount of research available.

Mast cell tumours are thought to be genetically linked, as certain breeds, such as Boxers, Retrievers, Shih Tzus and Staffordshire Bull Terriers, present more often with these types of cancers, he said.

Symptoms of skin cancer in dogs

While many dogs will become listless or lethargic when they develop a cancer, it is the skin of the dog itself that holds the best warning signs.

An ulcer may form and enlarge, or you may be able to feel small lumps under the skin. As a warning that your dog has had too much sun exposure, run your fingers over the skin of the belly. It should be thin and smooth. For dogs with patches of pigment, if the white areas are thicker and rougher than the dark patches, your dog has sunlight- induced skin damage, which may develop into cancer, Wyatt explained. Its really only cancers like mast cell tumours that may have obvious symptoms, such as vomiting. This is a sign that the cancer is probably quite aggressive and advanced, but not all aggressive mast cell cases include vomiting.

For mast cell cancers, the tumours generally appear as a lump in the skin, and may appear reddened or ulcerated.

Wyatt advises pet owners to be familiar with their dogs skin. When you are grooming your canine companion, don’t stop at brushing. Give their skin, especially trouble spots like the abdomen, groin, armpits and nose, a good massage and feel for lumps. Fido is not going to begrudge you this check-up. Regular vet checks will also be useful, as your vet may pick up early signs in the skin that you have missed.

When it comes to sunlight-induced cancers, there are preventative measures you can take to protect your beloved canine.

The level of prevention you take depends on the amount of time you have and the behaviour of your dog, Wyatt said. Obviously, sunscreen involves you being able to get out there and slip, slop, slap every four hours. This is not going to be a viable option for many people. Having said that, if you are going to put sunscreen on your dog, I recommend you focus on the areas where skin is exposed especially the belly, groin, armpit and nose areas.

Wyatt added that zinc-based creams are not recommended for frequent use, as there have been some recent findings that suggest it can poison dogs that lick it off. If you are going to put cream on, try to do it just before a meal the dog will be too busy eating to get it off before it soaks into the skin.

Other options for sun protection include special doggy suits that cover the belly and groin area the most common site for sun-induced skin cancers. You can use a store-bought one or fashion something yourself. But again, it will depend on your dogs nature many will see a dog suit as a new toy and spend a fun-filled morning getting it off and ripping it to shreds.

This leaves you with option three leaving the dog indoors during the peak of the day, from 8am to 4pm, during summer. This also means choosing an area inside that doesn’t have a big window UV can easily pass through the glass, and the dog is essentially still exposed to the cancer-causing rays.

An option for some people is to select a dog that has dark hair or dark pigmented skin, Wyatt said. Sounds silly, but they are less prone to cancers, so if it concerns you and you don’t think the options above are practical for your lifestyle or home, then its not silly to consider this when choosing a pet.

To diagnose a skin cancer, your vet will take a tissue sample and a lab test will determine how aggressive the tumour is.

Many cancers are curable with the right treatment. As with humans, the earlier the diagnosis is made and treatment started, the better the expected outcome. The best method for dealing with squamous cell carcinoma is to have it frozen off or surgically removed.

This can usually be done by your local vet. In some situations, however, the equipment required for achieving more depth for freezing, or the particular surgery required, will mean a referral to an specialist animal cancer care unit, Wyatt said.

For mast cell tumours, if more than surgery alone is required to eradicate the disease, then either radiation or chemotherapy is effective for the majority of dogs. Chemotherapy treatment usually involves intravenous injections, which are quick and largely painless. Most dogs will receive eight treatments over 12 to 16 weeks. Costs can be significant, with each treatment visit costing about $300.

Wyatt said melanomas can be treated in a number of ways, including surgery, intralesional chemotherapy, systemic chemotherapy and anti-blood vessel treatment. A vaccine is available in the US and early results look promising.

Surgery is the best first-line therapy, and is usually successful in preventing the tumour growing back at the same site. Unfortunately, there are no tests available that detect whether the tumour is elsewhere until the disease is very advanced, Wyatt said.

Intralesional chemotherapy involves injecting chemotherapy drugs into the tumour. This can remove the tumour completely from its original site in about half of all cases. Systemic chemotherapy is used to treat the whole body and hence fight cancer wherever it has spread to. Anti-blood vessel treatment is for patients with very advanced disease but good quality of life, with successful treatment limiting further growth of the tumour.

The costs associated with cancer treatment can vary. Wyatt estimated that specialist therapies like those offered at the Murdoch clinic may range from around $125 for the consultation and up to $1000 or more for some of the medications and surgeries.