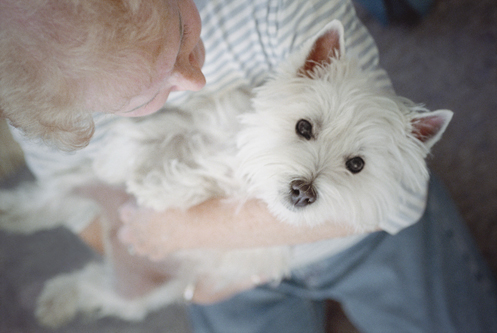 Diabetes is a serious disease in humans but it also affects our pets, as Caroline Zambrano reports on diabetes in dogs.

Diabetes is a condition in which the body does not produce or properly use insulin, a hormone needed to convert sugar, starches and other food into energy needed for daily life.

While the causes of diabetes remains a mystery, experts in veterinary medicine continue to do research in the field and get closer and closer to an answer.

Dr Linda Fleeman, a veterinarian for 22 years and lecturer in small animal medicine at the University of Queensland, is in charge of several research projects on diabetes mellitus in Australia is also about to complete a PhD on the subject.

Fleeman revealed the latest research on this life-changing disease, which has affected many dogs in Australia, including an eight-year-old Rottweiler called Boris which suddenly lost 10 kilos in four days as a result of the condition. His owner, Kelly Fuda, couldnt believe it.

I was shocked, Fuda said about the day she found out from her vet that her healthy and robust dog had the disease. Hes going to be insulin dependant for the rest of his life.

What is diabetes mellitus?

Diabetes mellitus is a form of diabetes caused by high blood sugar levels diabetes means bad, excessive thirst and mellitus means high sugar. Unlike humans who can get Type 1 and 2 Diabetes, canines are only prone to Type 1, Fleeman said.

Were certain there’s a genetic basis to getting diabetes mellitus, she said. Research has revealed that the MHC gene (Major Histocompatibility Complex) in canine DNA is linked to diabetes. Some forms of this gene are linked to increased susceptibility to canine diabetes, while other forms act as a protective gene, making the dog less likely to become diabetic, Fleeman said.

In conjunction with the University of Manchester in the UK and other universities around the world, the University of Queenslands School of Veterinary Science is currently conducting an international study on MHC genes in canine DNA that will answer many questions about the disease.

Research on pet diabetes launched in the 1970s and continued into the 1980s, but not much study has gone into pet diabetes compared to the disease in humans. Fleeman stressed the need for more funding in this area of study.

It’s so exciting, the results were getting, she said. I think were close to getting a good understanding of the cause of diabetes in dogs.

Breeds at risk of diabetes

Fleeman said the condition shows its face typically in middle-aged and older dogs, seven to nine years of age, but also affects dogs from two to 16 years of age. Some breeds are more likely to get diabetes, but the list of these breeds differs in every country, she said.

One breed less likely to get diabetes anywhere in the world is the German Shepherd, Fleeman said.

Types of diabetes in dogs

Diabetes in dogs come in three types Type 1 diabetes, dioestrus diabetes and pancreatitis-associated diabetes all of which require insulin for treatment.

Type 1 diabetes in dogs is the same as in humans, caused by high blood sugar levels. Dioestrus diabetes is like pregnancy diabetes in people, but occurs in female dogs when they come into season every six months. Twice a year, a female dogs body goes through pregnancy hormones for a period of nine weeks and sometimes even produces milk at the end of the cycle.

Dioestrus is a completely normal part of the female dogs cycle, Fleeman said, adding that this type of diabetes is seen usually in older females that are often not breeding.

If you spay a dog at six months of age, you will never get that type of diabetes, she said.

Fleeman also shared with Dogs Life her theory on diabetic female dogs: Its unproven, but bitches that get pregnancy diabetes likely have a genetic predisposition for Type 1 diabetes or pancreatitis diabetes. Its my theory because if this was just pregnancy hormones, we would see it more often. I hope to figure this out with ongoing research projects.

The third type of diabetes is pancreatitis-associated diabetes, a disease that’s not well understood, Fleeman said. The pancreas is an organ near the stomach and contains beta cells that make insulin. The pancreas also produces a lot of digestive juices that go into the intestine.

It’s a very common disease and can be completely debilitating at times, including vomiting, and can kill them, yet in some cases it can happen without any symptoms, Fleeman said. Diabetes occurs when about 70 per cent of pancreas is destroyed by this disease, she said.

Overweight dogs might have more risk of pancreatitis-associated diabetes but not Type 2 diabetes, because dogs don’t get Type 2, she added.

Based on recent international studies, 50 per cent of diabetic dogs have Type 1 diabetes. Treatment is available for diabetes, but vets have been unable to prevent all diabetic dogs from becoming blind with diabetic cataracts. When this occurs, surgery to remove the cataract is the only way to restore the dogs sight, she said.

Diabetic dogs can be treated and can lead a normal life, but can’t be cured, Fleeman said. Diabetes is controlled mainly by insulin injections and also diet. Insulin helps to store the nutrients that are in the meal. Twice a day, every 12 hours, a diabetic dog receives an insulin shot and then eats a meal right afterwards.

You can’t feed your dog whenever you feel like it, she said. It ends up being a good lifestyle. Dogs get used to the routine of getting injections and sometimes even salivate when they see a needle because they know they will get food [based on Pavlovs conditioning theory].

The amount of exercise a diabetic dog also needs to be controlled.

Many diabetic dogs are obese, so exercise and diet are required to reduce their weight, she said.

Vets discourage sudden strenuous exercise as this may dangerously lower blood glucose levels, leading to hypoglycaemia. Hypoglycaemia can also happen when diabetic dogs are given too much insulin, Fleeman said, stressing the importance of getting veterinary advice to check the dosage.

If you give less insulin, then the dog will continue to drink more water and if you give more insulin, they can get hypoglycaemia, she said. The only successful way to treat a diabetic dog is if there’s a partnership with the vet and dog owner.

Kelly Fuda of Barden Ridge, NSW, has been in partnership with her vet over the treatment of her diabetic dog for the last two years. Her Rottweiler, Boris, is now eight years old and blind for the last seven months with a diabetic cataract.

When Fuda first found out about Boris condition, she was at first scared at the daunting task of caring for a diabetic pet because she had to enforce a strict diet and exercise regiment while administering insulin injections twice a day for the rest of Boris life.

She also had a six-month-old baby at the time and the responsibility of motherhood and acting as a pet nurse seemed overwhelming. But she persevered.

I was willing to do anything because I love him, she said.

Fuda soon fell into a routine that Boris now enjoys. He looks forward to getting the injections, she said. He salivates after getting an injection as he knows food will follow.

Fuda said they had no idea Boris was diabetic because he hadnt shown any symptoms of the disease before he suddenly lost weight. Shed left Boris with a friend while she went on a short family trip to Canberra and returned four days later to find hed lost 10 kilos! The muscle around his head had even gone, she said.

Fuda said Boris refused to eat while they were away. She rushed him to the veterinary hospital, where he spent 10 days on a drip before being diagnosed with diabetes.

Boris is now healthy and doing very well with the treatments, although the condition still affects him in various ways. Fuda was walking Boris one day when his legs suddenly locked, causing him to fall to the ground. She said he was unable to move his back legs, so she had to carry the 45kg dog back home. She knew that his glucose level had plummeted so she fed him chocolate chip cookies with honey over it, helping to bring his sugar level back up again.

Treats are normally off limits for Boris, but Fuda spoils him once in a while. After all, hes such a good boy!