Deadly Food for Dogs: 13 dangerous foods for your dog 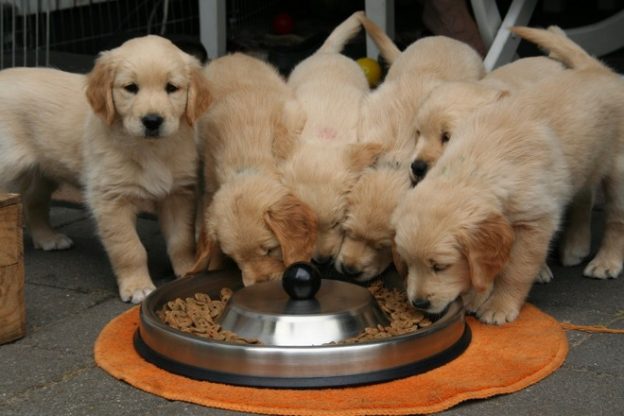 Danielle Chenery investigates the deadly food for dogs and suggests what to do if the worst happens.

In winter, it’s common for people to hibernate with their favourite treats, such as chocolate — but such things can be disastrous for dogs. Some of our favourite foods are hazardous for dogs, with the worst offenders being chocolate, grapes, onions and some nuts and seeds.

Dr Elise Vogt, senior veterinarian at Animal Aid Veterinary Clinic, says chocolate contains the chemical theobromine, which is toxic to pets. “Dark chocolate is most dangerous. Symptoms occur within a few hours of ingestion and include excitement, tremors, salivation and seizures.”

Nicholas Wonders, a resident vet at website www.vetico.com.au, adds all types of chocolate and cocoa products are dangerous for dogs. “The toxicity comes from the methylxanthines present in the chocolate-based products,” he says.

“Methylxanthines are a group of compounds (including caffeine and theobromine) which are present in chocolate and act as a stimulant to the nervous system, cardiovascular system, muscular system and gastro-intestinal tract.”

Grapes, including raisins, sultanas and currants, are another no-go. “Fresh grapes are much less likely to be toxic than dried fruit, and fruit cakes etc can be a problem,” says Dr Vogt. “Symptoms can be gastrointestinal (vomiting and diarrhoea, salivation), but more seriously toxicity can lead to acute kidney failure.”

Unlike with chocolate toxicity, where the type of chocolate consumed is directly related to the severity of the toxicity, with grapes and raisins it appears it doesn’t matter what variety of grape has been ingested. “Sultanas are of more of a concern than grapes as they are dried and hence more concentrated,” Dr Wonders says. “But as a minimum, if your dog ingests anywhere between 10-30g of grapes or raisins per kilogram body weight, there is a risk of toxicity.

“At this stage, there has been no conclusive reason identified as to why grapes are toxic to dogs. Mycotoxin (which is a toxin produced by mould) is suspected, but no toxic agent has been found at this stage.

“Clinical symptoms often commence with vomiting and diarrhoea, and usually this progresses or becomes associated with excessive thirst, excessive urination and lethargy. These signs are normally seen within one to three days and can be life threatening if not treated promptly,” he says.

“Tex ate a hot cross bun that was full of raisins. I had made it for my husband, Mark, for breakfast and it was on the coffee table. Mark turned his back for a second and Delilah (Tex’s two-year-old sister) grabbed half the bun and ran off with it. While we were chasing her and prying it out of her mouth, Tex saw his chance and wolfed down the other half,” Greaves says.

“It was completely unlike him — he’s never stolen food before. He swallowed half a hot cross bun; I’d say it probably had about 10 raisins in it. That might not seem like much, but according to research it only takes a couple of grams to cause really serious illness. And because raisin toxicity in dogs is a relatively new discovery, vets aren’t yet entirely sure exactly how much it takes to cause problems, or why it seems to affect some dogs and not others. (By the way, Delilah didn’t actually swallow any of the bun she stole, so we didn’t have to worry about her).

“We immediately called our vet for advice and she recommended we bring him straight in. She’s just around the corner, so we had him there within 15 minutes of him eating the bun. She gave him some morphine drops in his eye, which made him nauseous and caused him to throw up the bun. She then gave him charcoal tablets to ‘soak up’ any toxins that may have been absorbed into his bloodstream (although the regurgitated bun was basically undigested so it seemed unlikely). Then he had to stay at the clinic for 48 hours on a drip and have blood tests to make sure his kidney function was normal.

“Now he’s absolutely fine. Full of beans and happy as Larry, though quite unimpressed by his shaved front legs (they had to shave him to put the drip in),” Greaves says.

Surprisingly, onions (including leeks and garlic) can also cause gastrointestinal signs, but toxins in these plants can also damage the red blood cells, leading to anaemia, lethargy and weakness, Dr Vogt says.

“It doesn’t matter whether they are cooked or raw, and it only takes a small amount to cause toxicities in your dog. Ingestion of volumes as low as 15-30g per kilogram of body weight can cause clinical signs of onion toxicity. Symptoms may start with lethargy, vomiting and diarrhoea and progress to anaemia and shock, and symptoms usually develop approximately two to four days after ingesting the toxic substance,” adds Dr Wonders.

When it comes to nuts and seeds, it depends on the variety. “Macadamia nuts can cause weakness, vomiting, diarrhoea and pain. Peanuts can cause vomiting and diarrhoea,” Dr Vogt says.

“Almonds are not specifically toxic, but can cause an upset stomach,” Dr Wonders adds.

Walnuts [and pecans] are, again, not toxic unless mouldy, but can cause gastro-intestinal upset and obstructions. Pistachios, which are high in fat, can cause pancreatitis.”

If your dog ingests these foods the best advice is simply to seek advice from their vet as soon as possible.

“The vet can give an injection which induces vomiting. Be careful if you try to induce vomiting at home. Some home remedies I’ve been privy to in the past include salt or bicarbonate. Without proper training, trying these measures can actually incite further problems, such as salt toxicity,” Dr Wonders says.

Other foods to avoid

Apart from chocolate, grapes, onions and some nuts and seeds, dogs should also avoid:

Any alcoholic drinks can cause restlessness, excitement, vomiting or diarrhoea, followed by drowsiness or even coma.

This can lead to pancreatitis, a painful gastrointestinal condition associated with vomiting and diarrhoea.

These can splinter when chewed and swallowed, leading to blockage of the intestines, intestinal perforation, or constipation.

Any human medications — even simple paracetamol — can be extremely dangerous to pets, so never administer any drugs or medication that haven’t been specifically prescribed for that animal by a vet.

Anything containing caffeine, including tea, coffee, energy drinks and chocolate. Caffeine is a stimulant that can result in vomiting, diarrhoea, excitement, agitation, restlessness and even seizures.

Any sudden change in diet can cause gastrointestinal upset — make changes gradually.

Although these are not toxic, dogs are deficient in the enzymes required to digest milk so can develop diarrhoea and gastro-intestinal signs when it is ingested

Certain wild mushrooms (which can be difficult to distinguish) can contain toxins which cause neural, renal and hepatic dysfunction.

Nutmeg can certainly cause tremors and seizures, while high levels are fatal

This contains oxalates which can cause kidney, gastro-intestinal and neural symptoms

Often a result of swallowing too much seawater, salt toxicity is very concerning and can cause brain swelling and seizures.

A sugar substitute often used in toothpaste, sugarless gum and candies, xylitol can cause a rapid release of insulin, causing hypoglycaemia and seizures.

Rat bait and all other baits should be considered toxic at all times.