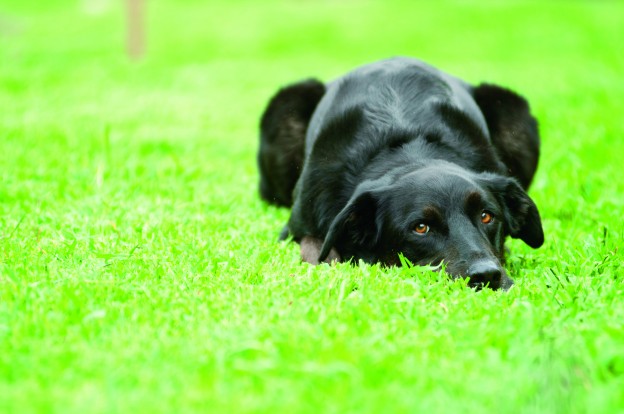 Canine Cough is a cold-like disease that can be deadly in extreme cases if left untreated. Tim Falk investigates how to protect your pooch from this dreaded disease.

Coughing, spluttering and feeling like death warmed up — there aren’t many things more unpleasant than a cold. Unfortunately, these terrible cold-like symptoms aren’t only limited to humans; our furry friends can also experience plenty of discomfort from a condition known as canine cough.

“It is transmitted from one dog to the next by microscopic aerosol particles of virus and bacteria which are coughed or sneezed from an infected dog to be breathed in by another susceptible dog. This is the same way the common cold is spread from one human being to another,” Dr Scannell says.

Melbourne veterinarian Dr Joanna Paul explains that canine cough is highly contagious. “As well as in the air, secretions can contaminate toys, food bowls and other items,” she says.

What have kennels got to do with it?

You may be wondering how this condition came to earn the moniker of “kennel cough”, and that is simply because boarding kennels often present ideal conditions for infections to spread. “Crowded housing and sub-optimal ventilation will increase the spread of canine cough,” Dr Paul says.

“In kennels and boarding facilities there are a lot of individuals coming together in one environment, and even if their practice is very good, there is still a much higher chance of picking up an infection here than at home — even if all of the dogs present are vaccinated.”

Animal Aid runs three shelters in Victoria to rehome unwanted animals, so Dr Scannell has sadly seen her fair share of canine cough cases. “The stress of being in these kennel situations can also affect an animal’s immune system and make them more susceptible to viral and bacterial infections, just like humans may be more susceptible to getting a cold if they are run down and very tired or stressed,” she explains.

However, kennels and boarding facilities are not the only places a dog can contract canine cough. A dog can just as easily pick up a respiratory infection from the park or a walk around the block if a dog with the disease has travelled through the area beforehand. “Unfortunately, we do see canine cough fairly commonly at the Animal Aid shelter but most cases are mild and resolve on their own within a few days to a week,” Dr Scannell says.

What are the symptoms?

A dog with uncomplicated canine cough generally feels pretty well and has just one main symptom: a harsh and very characteristic hacking cough. Owners who’ve heard the sound once will most likely recognise it instantly the next time they hear it.

“Owners sometimes mistake this cough for something stuck in the dog’s throat, and coughing episodes often end with retching. The dog will usually still be bright and happy with a normal appetite,” Dr Paul says.

However, more serious cases of canine cough can produce more significant symptoms. These can include watery eyes, runny nose, sneezing, fever, lethargy and a lack of appetite. Very serious cases can even lead to pneumonia, though this is thankfully a rare occurrence.

“The incubation period is two to 14 days. This means there could be up to two weeks between the time a dog is infected and the time he or she begins to cough,” Dr Paul says. “Illness usually lasts one to two weeks, however, dogs may continue to shed Bordetella for two to three months.”

“Most cases of canine cough are viral and will resolve on their own with time as the body fights the infection,” Dr Scannell says. “Cough suppressants, such as Benadryl, can be used as supportive care and sometimes antibiotics are also required to combat the bacterial component of this disease.”

However, it’s important that any dog suffering from a cough is taken to the vet for examination. Canine cough is not the only cause of coughing in dogs, so it’s best to get your pooch checked out and ensure there’s nothing more serious to worry about.

The best prevention for canine cough is a yearly C5 vaccination. In Australia, some vaccines (parvovirus, canine distemper, hepatitis) can now be given every three years, but the vaccines for canine cough (parainfluenza and bordetella) still need to be given yearly to maintain adequate protection.

“It’s important to remember that there are multiple agents that can cause canine cough, and no vaccine is 100 per cent protective, so it is still possible for a vaccinated dog to become infected,” Dr Paul says.

“Vaccinated dogs are, however, much less likely to catch the disease, and if they do, they tend to have milder symptoms than their unvaccinated counterparts.”

The most common symptom of an upper respiratory tract infection is a distinctive hacking cough that often sounds as if a dog has something stuck in its throat. Other symptoms owners should keep an eye out for include:

See your vet if your dog is showing signs of any of these symptoms.