A weighty issue for dog health 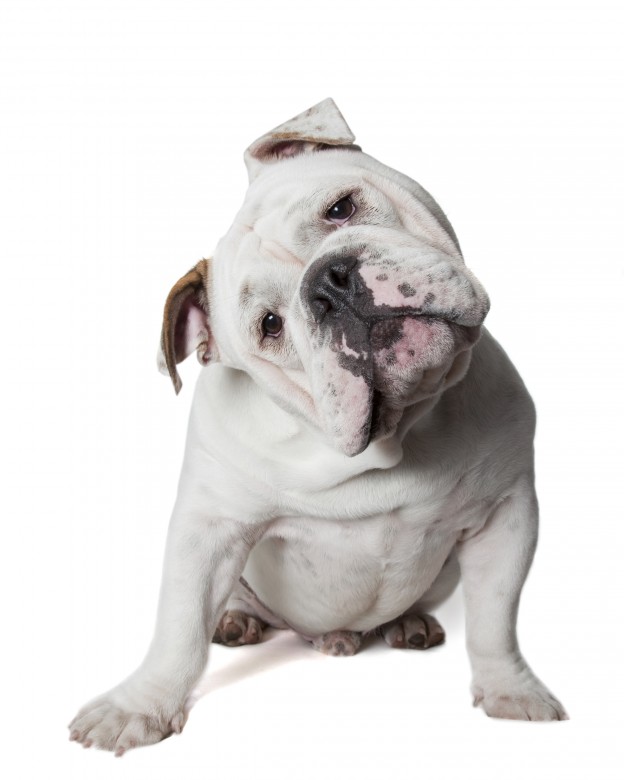 Obesity in dogs is a growing dog health problem but, as Danielle Chenery discovers, you can help your pet keep the kilos at bay.

For most overweight dogs, like humans, unwanted weight gain is related to eating too much food. These days, weight gain is all too easy for dogs, whose diets are so far removed from the environment their bodies were made for. Food today is plentiful and dogs, like us, are programmed to eat it all up.

Some health conditions can contribute though, including endocrine (hormonal) diseases such as hypothyroidism or hyperadrenocorticism. “Desexing can also make animals slightly more prone to gain weight, but this is not inevitable,” says Dr Vogt.

In humans, a couple of kilos of extra weight are usually not a big deal, but in dogs it really makes a difference. “We really don’t want any excessive weight at all,” says Dr Vogt. “On small dogs in particular, even a couple of kilos can result in significant obesity.

“Ideally, all dogs will be in an ideal body condition all the way through their lives — a vet can advise on an appropriate weight for each dog. Obesity is much easier to prevent than to have to deal with after it is a problem.”

Dr Joanne Sillince, managing director of Pets Australia, agrees prevention is much better than cure. “Rule number one for managing your dog’s weight is don’t let your dog get overweight in the first place,” she says.

“There is no use waiting until your dog is fat, especially when they are middle aged, as it becomes almost impossible to shift as they can also have sore joints.”

An ounce of prevention

Dr Vogt says the health consequences for overweight dogs can be similar to humans, with issues such as heart disease and diabetes, as well as respiratory problems. “The biggest problem we see, though, is the development of joint disease as a result of excess wear and tear on the joints — either chronic disease like osteoarthritis, or acute problems like cruciate ligament rupture,” she says.

But Dr Sillince adds that, unlike in humans, diabetes in dogs is a rare health consequence of being overweight. “The supposed link in humans between obesity and diabetes is far less obvious in dogs — if there is a link at all,” she says. “Joint problems and arthritis are the most common, although, increasingly, we are seeing heart issues as pets live longer.”

Dr Sillince says a dog’s overall food intake needs to be taken into account. “Most owners don’t ‘count’ calories due to treats, so you often hear ‘the pet doesn’t eat much’, which at dinnertime is true,” she says.

Dr Sillince recommends weekly “condition scoring” as a way to manage your dog’s weight. “Feel over their ribs, to check if they are even, run hands down the spine, look for fat and muscle, and look at him from the side. Everybody pats their dogs, and if you turn that into a ‘feel over’ your dog will never get fat,” she advises.

If you Google “condition scoring”, you’ll find helpful charts and a description of the different scores. A dog that scores one is very underweight, three is ideal and five is obese.

“When people see a dog that would score a one, they have a strong reaction and feel it’s a welfare issue. We want the same reaction at five,” says Dr Sillince.

If your dog is scoring more than three, Dr Sillince says immediate action is necessary. “Rather than cut out treats, swap for something healthy. For example, rawhide strips, which are mainly keratin, or low-energy chew sticks,” she says.

“Change 30 per cent of your dog’s diet to something really low calorie, such as vegetables like green beans or carrot. Corn is also quite good, because it goes out same way it goes in. You dog will still feel full so will not be begging any more than usual. Also take 10 per cent off the total of what they eat for day.”

Gentle exercise is also important, but take it slowly if your canine companion is very overweight.

Eight-year-old Labrador Sampson’s weight gain was primarily down to two factors — inappropriate diet and lack of exercise over a period of some years, says Dr Vogt.

“He was fed primarily on human food, and unhealthy foods at that: high in fat and low in nutritional value. This led to massive weight gain. He also received little or no exercise to combat the poor diet,” she says.

When Sampson came to the Animal Aid clinic he was in a bad state. “His mobility was terrible; he had constant pain in his hips. As a consequence he couldn’t sit, couldn’t jump, and couldn’t walk very far, but neither could he rest comfortably. He was unable to settle, or even sleep much of the time,” says Dr Vogt.

“He quickly became out of breath and couldn’t tolerate hot conditions. He had constant eye, skin and ear problems. His health was so poor there is little doubt that he wouldn’t have lived much longer.”

Sampson was put on a prescription weight-loss diet consisting of a calorie-controlled dry food designed to help the animal feel full for longer. It didn’t take time for Sampson to start slimming.

“Over time, the amount of food he was given was altered as the weight loss became apparent. Initially he was so big he was unable to exercise, but over time, as he became more mobile, he began to walk short distances, play and swim,” she says.

As a result of his weight loss, Sampson is a different dog. “His energy levels have improved dramatically, and his mobility is much improved. He can now sit and lie comfortably, go for walks and even jump,” says Dr Vogt.

“Unfortunately he will always have joint problems as a result of the extreme wear and tear the excess weight caused, but his quality of life is good and we are able to manage his arthritis. His ears, eyes and skin are much improved, as is his breathing, and his sleeping patterns.”

Exercise is essential to help your dog stay happy and healthy, but sometimes life gets in the way. Instead of skipping the walk all together, put your thinking cap on and get creative with different options.

If dog walking company rates don’t fit within your budget, try asking around the neighbourhood to see if there is someone nearby happy to take your dog out for his daily stroll. If you’re not familiar with your neighbours, try www.dogconnect.com.au. Enter your postcode and find locals happy to walk your dog for a cheaper fee than commercial options.