7 signs your dog has heartworm: diagnosis and prevention 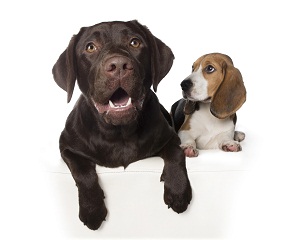 Heartworm is a serious and potentially deadly disease, but it’s also entirely preventable. We look at 7 symptoms of this dangerous parasite.

Heartworm disease is caused by parasitic worms that live in the major blood vessels of a dog’s heart and lungs. It can have severe consequences for our pets and sometimes even be fatal, yet it is cheap and easy to prevent with daily, monthly or yearly medication. So why then have there been 130 cases of heartworm infection reported throughout Australia since 2012?

Some dog owners fail to understand the threat the disease poses, while others think they can get by just by protecting their dog during certain months rather than all year round. Some owners even neglect to take preventive steps against heartworm altogether.

As a result, the Australian Heartworm Advisory Panel has put together the Australian Heartworm Prevention Guidelines. Designed to remind people of the serious risk the disease poses, the guidelines outline three key factors that enable the parasite to persist – infected hosts, mosquito populations and environmental conditions. They also encourage vets to be diligent when it comes to educating their clients.

Mosquitoes are the creatures we can thank for the spread of this disease from one dog to another. “Heartworm is spread by 30 different species of mosquitoes that carry tiny microfilaria (baby heartworms),” explains Dr Eloise Bright from www.lovethatpet.com.

“When a mosquito bites your dog, the tiny worms grow over a period of six to seven months, living in the heart and blood vessels of the lungs. These worms grow to up to 30cm long. A dog can end up with hundreds of worms, or just one.”

Though heartworm is easy to prevent, it often goes undiagnosed in the early stages. Dogs that are carrying the parasite act as a source of infection for other dogs, so a mosquito must bite a carrying dog, then bite your dog for the infection to be transmitted.

“It is estimated that around 20 per cent of dogs are infected in certain areas of Australia, with stray dogs, wild dogs and foxes having a higher rate of infection than city dogs (whose owners are mostly taking preventative measures),” Dr Bright says. Over 30 species of animals can be infected with the disease, including cats, coyotes, wolves, ferrets, sea lions and extremely rarely, humans.

Heartworm is more prevalent in areas with large numbers of mosquitoes and a warmer climate. “Around the Sydney area it is estimated that nine per cent of foxes carry heartworm, acting as a source of infection for city dogs,” Dr Bright says.

Your dog may show absolutely no clinical signs for up to five years as the worms slowly grow. Later in the disease, coughing, collapse, lack of energy, fluid in the abdomen, bleeding from the nose and difficulty breathing can occur.

“Heartworm can also result in sudden death, with no warning signs,” Dr Bright explains. “The worms mainly cause disease in the lungs and heart, which is why exercise intolerance and tiredness is the main early sign, but the migrating worms can also cause disease elsewhere in the body, and the general inflammatory state caused by the worms can also lead to kidney disease.”

Though it’s possible that your dog may show no signs of heartworm infection, remember to keep an eye out for the following symptoms:

• Lethargy and loss of energy when exercising

• Bleeding from the nose

• Increased thirst (due to kidney disease)

If you’re concerned that your pooch might have heartworm, visit your vet immediately.

As previously mentioned, heartworm is quite simple to prevent. If your dog is infected with the disease, however, treatment becomes complex and often dangerous, particularly in the later stages of the disease.

“If you have any suspicion that your dog has been off heartworm prevention for more than three months, get a heartworm test — don’t wait for clinical signs. If the disease is severe, the heart and lung disease may be permanent and your dog may have congestive heart failure on top of heartworm disease,” Dr Bright warns.

In the early stage of infection, killing the worms and microfilariae is the main aim. If your dog has large numbers of worms, surgical removal and gradual therapy is required, otherwise those dead worms will cause additional lung problems as they die off. “Usually cage rest is needed for four to six weeks after treatment, as well as anti-inflammatory medication, antibiotics and medications to remove circulating microfilariae,” Dr Bright says.

When you consider just how dangerous heartworm can be, not to mention the complex treatment plan the disease often requires, the importance of heartworm prevention quickly becomes obvious. Happily, heartworm is easily prevented by daily, monthly or yearly medication. The preventatives are very cheap — certainly much cheaper than treating the disease — and effective.

“In Australia, we recommend using a heartworm preventative all year round, but I understand that in some countries it is recommended to just use a preventative during mosquito season. In Sydney, we have mosquitoes year-round and using a monthly preventative is the main method of controlling this clever but devastating parasite.”