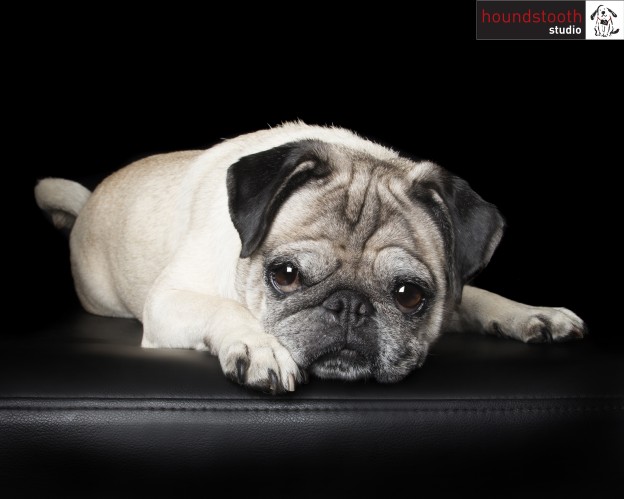 Being diagnosed with diabetes can turn your life upside down, but what happens if it’s your dog that’s affected by the disease? Kylie Baracz finds out about canine diabetes and meets a diabetic dog living a normal life.

As with humans, diabetes affects our pet’s lifestyle, health and wellbeing. For owners and their dogs, it can mean constant vet check-ups, blood tests and insulin injections.

Dr Martine Perkins, veterinary surgeon at Pymble Veterinary Clinic explains, “Diabetes Mellitus (DM) is a deficiency in insulin production from the beta cells of the pancreas. Insulin is a hormone important in the absorption and utilisation of glucose in the body. If there is a lack of insulin, the glucose levels rise and the body has to break down protein (muscle), starches and eventually fat to fuel the body,” Dr Perkins says.

What are the causes?

Diabetes in dogs is often related to triggering factors such as:

Pregnancy and dioestrus can also occasionally cause gestational-type diabetes as seen in humans.

“In most cases, dogs have what is known as Type I diabetes. This is when there is an absolute lack of insulin production. So therefore, sadly, transient diabetes (diabetes that is temporary) is very uncommon.”

How does diabetes affect dogs?

The most common side-effects seen in dogs with DM are:

Weight loss results from the body breaking down its other resources for fuel as it cannot use the glucose in the blood. “It is OK for a while to cope with acute starvation,” says Dr Perkins, “but over a longer period of time, ketones build up in the body and an uncomplicated case of diabetes turns into a very sick diabetic.”

As the body cannot use the glucose for fuel, it believes it’s starving — which in turn causes increased appetite and drinking. “Although the blood glucose levels are high, the fact that the body cannot use it means it is tricked into believing it is starving,” says Dr Perkins.

“There is so much glucose in the blood that the kidney is overwhelmed and glucose spills into the urine and is lost. Glucose is able to draw water with it into the urine. This leads to excess urine production and excess thirst to keep up with the fluid loss,” says Dr Perkins.

“Another common symptom of diabetes mellitus is urinary tract infections. All the sugar in the urine makes the bladder an excellent incubator for bacteria,” says Dr Perkins. Antibiotics are necessary to clear up such an infection and some monitoring may be needed to help detect these infections.

“In dogs, sugars can enter the lens of the eye, causing rapid cataract formation. Because a cat’s lens is different, this phenomenon primarily occurs in dogs,” says Dr Perkins.

What types of dogs can be affected?

Obese dogs and female dogs are said to be at increased risk of diabetes. Some breeds also at increased risk include the Australian Terrier, Schnauzer, Bichon Frise, Poodle, Samoyed, Yorkshire Terrier, Beagle, Golden Retriever and Keeshond.

The main treatment for DM is insulin injections. This is a relatively safe treatment, but as with everything, there may be side-effects.

“One of the few side-effects of treatment is when an insulin overdose is given and the animal develops hypoglycaemia (low glucose levels in the blood). This can cause weakness, but if severe enough can result in seizures,” Dr Perkins says.

“It is safer to miss one dose of insulin than to give a double dose if you are unsure of whether the medication has been given or not. It is also very important that the medication is given at the correct time each day. This is usually two doses per day about 12 hours apart.”

If your pet is not eating, then insulin should not be given or may need to be given at a reduced dose, as the insulin and food eaten by your pet each day help balance the glucose levels each day. This is something your veterinarian will discuss with you when you first start treating your diabetic pet, so you are prepared for all types of situations.

Keeping an ‘eye’ on the situation

A cataract is when the lens in the eye loses its transparency and eventually the animal becomes blind. In a diabetic dog this is due to sugars entering the lens of the eye. Unfortunately, this often develops despite good diabetic control.

Fortunately, cataract removal is a surgery with one of the highest success rates in veterinary surgery. The earlier the surgery is performed, the better the outcome.

Buddy was diagnosed with diabetes on 26th September last year after Sue, Buddy’s owner, noticed he had been drinking more than usual and urinating more frequently.

“Buddy had been getting me up in the middle of the night so he could go outside. One morning I noticed a pool of urine on the kitchen tiles and knew something was amiss, so I took him to the vet. They checked for a urinary tract infection first but then tested him for diabetes and the rest is history,” says Sue.

Buddy is injected twice daily with 10 units of Protaphane (Insulin isophane human) with a short needle insulin syringe and this will continue for the rest of his life. He visits the vet every few months for a check-up. As he is 14 years old, Sue’s husband Don constructed a device that Buddy can stand in to prevent him from moving around to allow Sue to inject him safely.

“He didn’t like his visits to the vet and it took a while to find the type of insulin and the dose best suited to him. After a time he seemed like his old self and I had to learn how to inject him correctly. We have to constantly keep in mind that we have to be around for his breakfast and dinner times as he has to be injected straight after finishing his meal and sometimes, particularly in the morning, has to be coaxed to eat. Going out at night can be a problem so we try to organise our plans around those times and we can then feed him before we leave. We have tried to board him at the vet’s but he doesn’t eat as well and his insulin dose can be affected,” says Sue.

Buddy’s diet has to be bland and generally fat-free, but Sue tries to make what he likes — chicken breast or lean beef, vegetables and brown rice, and still gives him a treat during the day as he has always been a fussy eater.

As a result of his condition, Buddy is now completely blind, which is a sad thing that happens to diabetic dogs. “He manages quite well now as long as the furniture is not moved around and we stay in our current house,” says Sue. “We help him to go down stairs and he barks if he gets stuck somewhere for us to come and rescue him. Buddy is a part of our family, so we agreed to see him out till the end of his days.”