Is this Australia's largest dog? 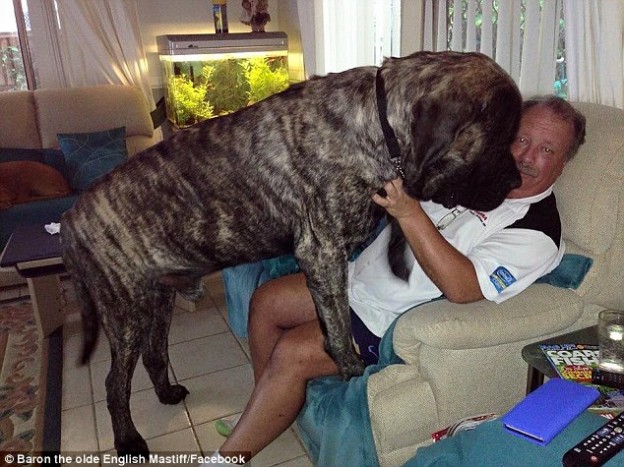 Australia’s largest dog has officially been named and he’s a whopper!

Baron the English Mastiff who lives in Sydney’s hills district weighs in at a massive 113kg and measures 198 centimeters tall. He’s only two years old!

The Mastiff will continue growing until he is four years old, putting him in the running for the title of the world’s heaviest dog which is currently held by a 127.5kg Mastiff in the United States.

Baron’s owner Mark York spends $200 a week on food for his dog. Mark says his pooch is a gentle giant and a very playful pup. Baron is such a gentle dog he’s even begun training to become a therapy dog for Sydney hospitals.

Baron won the best junior dog award at the Royal Melbourne and first place at the Sydney Royal Easter Show.