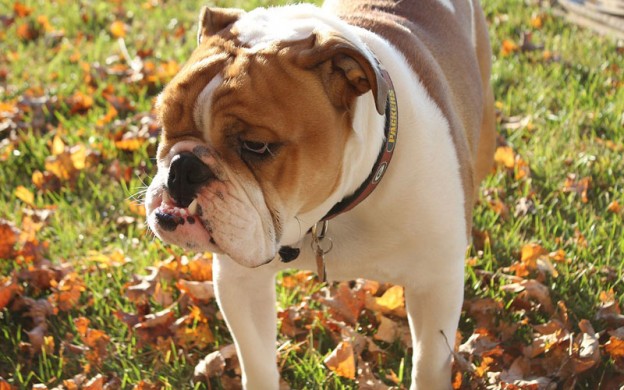 Considered a symbol of strength, the British Bulldog has earned its place as the national dog of England.

Also called the English Bulldog and British Bulldog, this breed has been around since ancient Egypt and has evolved into a good natured, family-oriented dog. One of the defining features of the breed is their rolling skin. Due to its eccentric short build and sideways motion when walking, the Bulldog is susceptible to many health issues relating to the joints, bones, respiratory system and eyes.

Personality: Originally bred for bull baiting, the British Bulldog is an amazing dog with strength and intelligence. These traits are coupled with a great temperament and an extremely laid-back personality to form a breed that has become the mascot for numerous universities, schools and organisations. Affection is one of the attributes most commonly noted about this adorable dog.

Suitability: The breed generally loves everything to do with families and wants nothing more than the affection and attention of its owners. The British Bulldog loves to be with children and also makes a great companion dog. They are well-suited to a family living in a home with a small backyard or courtyard area with plenty of shade.

Favourite activities: The British Bulldog doesn’t need a lot of exercise, but does like a walk or a romp on the beach. They enjoy being indoors and can easily overheat. A boisterous young pup, this playful breed calms down as it grows up. The Bulldog likes to be involved in whatever its owner is doing and isn’t particularly fussed about specific activities. They generally prefer to have a cuddle with a member of the family.

Watchdog qualities: Alert and inquisitive, this breed will alert the owner if anyone is around. They rarely bark, so when they do it grabs people’s attention. Their stubborn nature and strength mean they should make a good guard dog.

Hereditary diseases: Prone to overheating, the British Bulldog should never be left in a hot car. They are known to drool and snore. As with all breeds, they can inherit problems such as hip dysplasia.

Grooming: The Bulldog requires regular brushing to avoid the build up of dirt and grime in their skin folds. Wrinkles and the skin surrounding the eyes as well as the tail should be cleaned regularly to avoid moisture and infection.

Daily: Shade, fresh water and a well-balanced diet are essential. This breed is prone to overheating so it should have an area indoors where it can rest.

Weekly: Brush every week and bathe when necessary. Clean the face, wrinkles and ears.

Other: Make sure your British Bulldog is wormed, vaccinated and regularly checked for ticks. 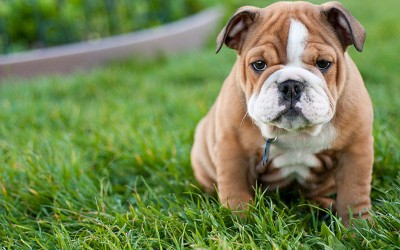 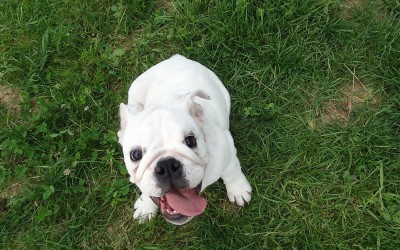 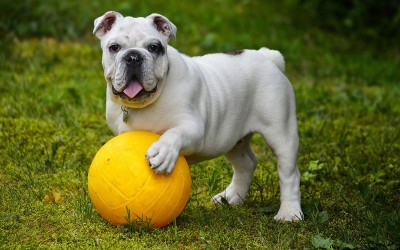 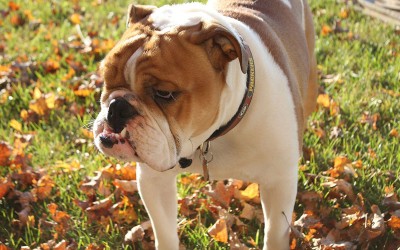