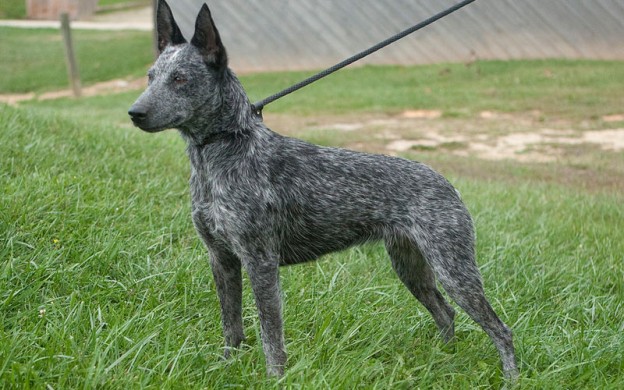 Bred to work, the Australian Stumpy Tail Cattle Dog is much like the other beloved breed of Australian Cattle dog, possessing personality traits the breed are famous for.

In total, three breeds were crossbred to create the Australian Stumpy Tail Cattle Dog, or “Stumpy” as it is known locally. These include the Australian dingo, the British Smithfield and the German Coolie. The Stumpy is characterized by its stumpy tail, blue coat and work ethic.

The oldest selectively bred Australian working dog, the Australian Stumpy Tail Cattle Dog is well proportioned, being square in profile with a rugged appearance. The breed comes in two varieties — blue speckled/mottled and red speckled/mottled. The Stumpy also sports a natural bob-tail up to 10cm in length. It is important to note that the tail of this breed is never docked.

Bred during the 19th century as a drover’s dog, the Stumpy is unique in Australia’s agricultural heritage. The result of mixing a Dingo with imported working dogs, this tenacious working dog was bred to move cattle over long distances, tackle harsh terrain and endure extreme temperatures.

A breed of endurance

Working dogs like the Australian Stumpy Tail Cattle Dog are known for their stamina, endurance and courage. The breed also served as a faithful and loyal mate to drovers and cattlemen. A tireless working dog and a silent worker, the Stumpy is a true ‘workaholic’. Even on the hottest day, this breed will be ready and waiting, keen for the next job on the agenda.

The Stumpy has also attracted attention overseas. America and Canada, with similarly large cattle properties, appreciate the breed’s working qualities, while it has also been exported to Japan and New Zealand. Today the Stumpy fulfils many roles — working dog, show dog, obedience dog, agility dog and constant companion. The breed is physically strong, with rugged nobility and a constant craving of activity and affection.

A South Australian breeder for more than 15 years, Kate Lewis says she was attracted to the Australian Stumpy Tail Cattle Dog because she loved its rugged look, “its musculature and its intelligence and great loyalty”.

“This is a highly intelligent dog that requires activities, both physical and mental, and a close association with its owner,” Lewis says. “They do need to have physical activity so I would not recommend them for apartment living. Preferably an active person, who can take them for a daily walk and/or swim, as they love the water.”

Lewis says they make good family pets as long as their needs for physical and mental activity are met and there are set boundaries for interaction between children and the dog. “A Stumpy, with its intelligence and loyalty, will spoil you for any other breed. Once you have been owned and loved by a Stumpy, all other breeds fail to meet your standard of a good dog. They’re not for everyone, as they can be stubborn, but they can also be your best friend and companion,” she says. Sarah Wilson of the Australian Stumpy Tail Cattle Dog Club of NSW agrees that the Stumpy is not a breed for everyone. “But if you’re chosen to be owned by a Stumpy,” she says, “you will be rewarded with a breed that has a sense of humour, great stamina, boundless energy and a mate for life.”

Personality: The Stumpy is a very loyal and hard working breed. To owners the stumpy truly is man’s best friend. A courageous dog suspicious of strangers, the Stumpy won’t give up on hard work and won’t back down from defending its owners. The obedient breed is intelligent and won’t act unless commanded to do so.

A great dog for: Farmers with cattle and energetic owners. These dogs love to work.

Backyard requirements: The Stumpy is not suited to apartment living and needs a large amount of backyard space to keep energetic. The hardworking breed require a job to keep them busy. High fences are a must as the Stumpy is great at hurdles. They also love to dig and burrow if they get bored.

Grooming: The Stumpy’s coat is short and weather resistant so requires minimal grooming. They need to be bathed only when necessary and their coat groomed with a firm bristle brush. Some dogs will shed depending on their sex and the region they live. 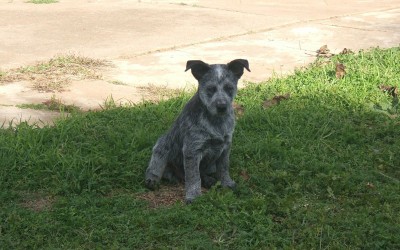