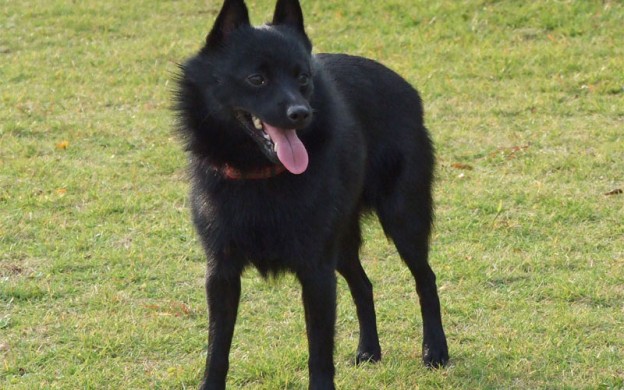 A small, active breed with a fox-like face, the Schipperke makes a wonderful (and different) family companion. By Melinda McHugh.

The Schipperke (pronounced Skipper-key) has been in existence for centuries but its exact origins are unknown. It is probably related to other continental European spitzen such as the German Spitz and Pomeranian, but nobody knows for sure.

What is known is that the breed originally came from the Flemish provinces of Belgium and was later developed into a canal guarder and small-mammal hunter, hence the name Schipperke (which translates to “Little Captain of the Boat”).

The Schipperke was originally employed in Belgium and Holland in the 1600s to work on the barges and keep them free of vermin, as well as to warn the bargemen of potential intruders. The breed was also an efficient rat, rabbit and mole hunter and first appeared at a dog show in 1880. After this time it became popular in Belgian households and after Belgium’s Queen Maria Henrietta acquired a Schipperke at a show in Brussels in 1885, the breed became a fashionable companion. Today the little Schipperke is mostly an ideal household companion but still enjoys using its sea legs and going for the odd fishing trip.

Part of the family
Philip Semmel of the Schipperke Club of Victoria has been breeding Schipperkes since 1997. Philip says the breed is lively, curious and friendly, making it great for families with children.

Clever breed
Due to their intelligence and eager-to-please attitude, Schipperkes are relatively easy to train. “I see training as something to be done through most of any dog’s life and Schipperkes can be trained to achieve remarkable outcomes,” Philip says. “They are rated as a clever breed and that means they can be highly successful, but it also means that techniques for smart dogs have to be used. Basic training can be carried out quite easily and I prefer to see owners join their local obedience club. So far I haven’t heard of Schipperkes in flyball, herding trials or lure coursing, but someone’s bound to take up the challenge in the future. There’s also scope for any member of the family to take up trialling or showing.” 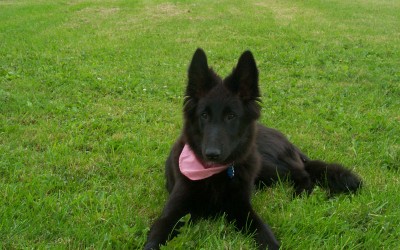