Does your dog suffer from "Small dog syndrome"? 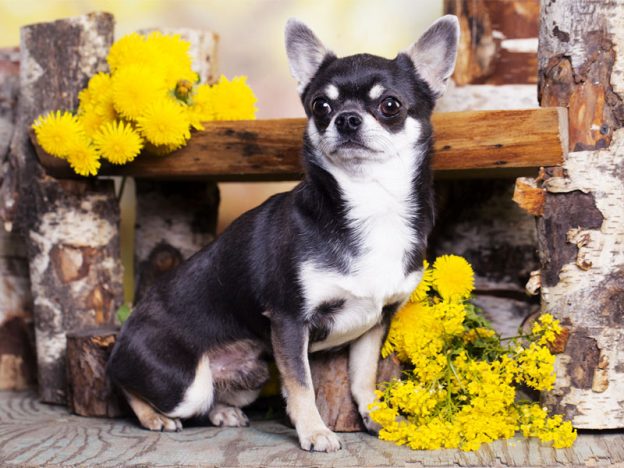 They’re pint-sized and pretty darn cute, but sometimes our small dogs come with a pocketful of attitude. Caroline Zambrano tells us more about small dog syndrome.

Ruby, a 15-month-old Poodle cross, is well-behaved — well, at least most of the time. But the moment she sees a big dog, she charges up to it (whether on or off the lead) and barks like the world is coming to an end. Ruby sometimes jumps up at the large dog’s face in her fury, forgetting she is small enough to actually fit into its giant mouth. Ruby’s owner says her fur baby’s aggressive behaviour towards big dogs is annoying and makes family outings stressful. When Ruby barks madly at bigger dogs, she often runs behind her owner’s legs and tries to climb up into her owner’s arms, which just ends up reinforcing the behaviour.

Why is Ruby behaving this way? Is it a result of her social experiences and “parenting” or her size?

According to a 2013 study by The University of Sydney, the smaller the dog is — regardless of the breed — the more likely it is to be unruly, aggressive and even prone to humping. The research, published in PLOS ONE, examined owners’ reports of 8000 dogs from across 80 breeds and found that 33 of 36 undesirable behaviours (for example owner aggression) in dogs could be associated with height, body weight and skull shape.

“Essentially, the shorter the dogs, the less controllable their behaviour is for their owners,” Paul McGreevy, the lead author of the journal article and professor at The University of Sydney, says. “When average body weight decreased, excitability and hyperactivity increased.”

Further studies will address whether these bad behaviours seen in small dogs are a result of nature or nurture.

Small dog syndrome doesn’t really exist — it’s just a name given to a collection of behaviours displayed by small dogs in an effort to overcome any deficits caused by being small in stature, says Dr Joanne Righetti, renowned animal behaviourist and author of canine behaviour books.

“Small dog syndrome is not an official diagnosis and is not often labelled as such except by owners, but there are symptoms specific to this type of behaviour,” she explains.

Some typical behaviours of small dog syndrome include lunging or snapping at perceived threats, failure to obey commands, jumping on people or dogs and growling at other dogs or people.

Collectively, however, these behaviours make life with small dogs difficult for owners and for other people and animals around them. The good news is that there is a cure and it involves training the dog and the owner.

Undoubtedly, many small dogs get away with behaviours that owners of large dogs would not permit because their behaviour is likely to have less impact. Compare getting jumped up on by a giant Mastiff to a pint-sized Chihuahua. Which is cuter? In fact, the Chihuahua may be encouraged by its owner to jump up.

Also, owners often unintentionally reward their dog’s undesirable behaviour, such as in Ruby’s case. When she ran back to her owner and begged to be picked up when she encountered a large dog, her owner reinforced the behaviour when she cuddled her. So, Ruby has learned to continue reacting this way each time she meets a large dog.

“Trained dogs are more likely to obey commands; therefore, this may explain why smaller dogs appear so disobedient,” she says.

In a 2010 study led by Dr Christine Arhant of the University of Veterinary Medicine Vienna (Austria), published in the journal Applied Animal Behaviour Science, approximately 1300 of the city’s dog owners were surveyed about many aspects of human and dog behaviour, including the effects of training methods used, inconsistency of owner behaviour and level of engagement in activities with the dog. Researchers found that an important factor in behavioural differences between small and large dogs has to do with the owner’s consistency when interacting with or training their dog. Some examples of inconsistent behaviours include not always giving commands in the same way, not maintaining fixed rules for the dog or not responding to a specific misbehaviour in the same way each time.

The study revealed that the more consistent the owners’ behaviours are, the better the dogs’ obedience behaviours are regardless of their size. The research also showed that owners of small dogs are more inconsistent in their interactions with their dogs compared to owners of large dogs, and this problem is compounded since it appears that inconsistency has a larger negative impact on smaller dogs, according to the journal article.

How to improve small dog syndrome

As suggested in dog behaviour studies, unwanted behaviours in small dogs (i.e. excitability and poor obedience) are directly related to owner behaviour. Owners can improve their pet’s behaviour in a number of ways, says Dr Jo. These include:

“Your vet may also be able to refer you to an appropriate behaviour specialist. Otherwise, you may like to choose someone who works with methods that suit you and your dog,” Dr Jo says. “Many behaviourists and dog trainers like to work with positive, motivational methods where the dog is motivated to perform desirable behaviours. And we like to give the owner encouragement, too!”