Winter provides many dangers for dogs 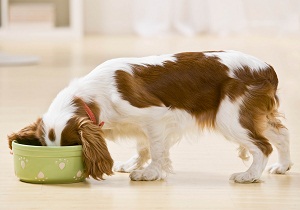 From tick paralysis to smoke inhalation due to house fires, winter offers many outdoor and indoor threats to pets, but taking a few precautions will help to protect their health and safety, according to the Animal Referral Hospital in Sydney.

“If an animal is used to being kept outdoors but is suddenly brought inside due to the cold, the house may not be that pet proof and this is when you might see increases in animals eating things that they shouldn’t, such as chocolate, alcohol or cleaning chemicals,” she says.

Animals that live in the mountains may be at greater risk of being poisoned by antifreeze. They enjoy the sweet taste, but it causes severe kidney failure. Veterinarians also sometimes see xylitol poisoning in dogs as they spend more time indoors during the winter.

“Xylitol (used as a low calorie sweetener in chewing-gum, cakes and cookies) is also very toxic to dogs. We had a case recently involving a British Bulldog that ate xylitol-containing chewing gum. She passed it fine but it is toxic to the liver and causes severely low blood sugar to the point where they can seizure,” says Dr Goodman.

Cold, damp weather also aggravates arthritis in animals. “Older dogs with severe arthritis left outside during the winter, you may find in the morning they can’t even stand up. It becomes so painful they can’t move,” says Dr Goodman, advising to keep senior pets indoors and comfortable with a soft bed.

Ticks and other pests

You might think it’s a summer problem, but pets can also suffer from tick paralysis during the wintertime. It just might take longer for the clinical signs to show – up to a week or more instead of just a couple of days.

“We have recently had a few dogs suffer very serious snake bites. Both red bellied-black snakes and brown snakes have been involved,” she says. “You would expect these snakes to have been hibernating but we have still been getting the odd warm day where these snakes can come out.”

“We received three canine patients suffering from smoke inhalation due to a house fire one evening. Prompt veterinary action and access to equipment saved their lives,” she says. “One of the dogs developed severe lung damage. She was on oxygen for two weeks followed by physiotherapy treatment to help open up her airways due the severity of her lung inflammation.”

For advice on winter care for your pet, consult your veterinarian.

The ARH is open 24 hours a day, seven days a week with immediate access on premises to equipment such as ventilators, ICU oxygen tents, ECGs, x-rays, ultrasound, CT and MRI.