Watch out for swooping birds this spring 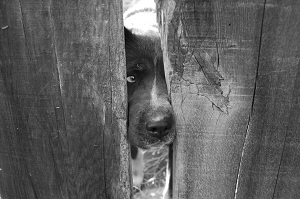 Spring is high season for swooping magpie attacks and the Australian Veterinary Association (AVA) has some helpful tips to help you avoid becoming the target of an attack this year.

“As the weather starts warming up, magpies start nesting,” said Dr Robert Johnson, a wildlife expert from the AVA.

Native birds, such as Australian Magpies, are highly protective of their eggs, nest and young and will often swoop at unsuspecting passers-by, such as dog walkers, if they feel threatened.

“Fast moving objects such as people on bikes and anyone who moves directly towards their nests are perceived as threats and are likely to be swooped. Dog walkers and toddlers in prams are also a common target.

“Tolerance is the best policy. We need to appreciate that some magpies will defend their territory from intruders because of a natural instinct to protect their offspring.

“Other native Australian birds that are also common culprits include butcher birds, kookaburras and plovers, but even invasive species like Indian Mynas can attack at this time of year,” he said.

“Don’t try and scare off the bird. Wildlife is protected and sometimes this action can lead to a more serious and sustained attack.

“Think about using different pathways because moving the bird is not an option.”

“We’re lucky to live in a country where we share our suburbs with such amazing birds, so we simply need to find a way to live in harmony,” Dr Johnson said.