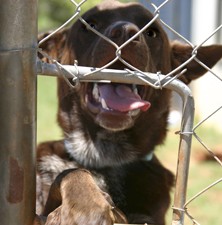 Western Australia will take a tougher approach to dog attacks and dog control under new legislation to be introduced into State Parliament.

The Dog Amendment Bill includes mandatory microchipping for all dogs, higher penalties for all offences and specifically targets dangerous dogs, irrespective of their breed.

Local governments will also have stronger provisions to deal with barking dogs.

Under the legislation, from November 1 this year all new pet dogs will have to be microchipped. Dog owners will have until November 1, 2015 to microchip all other pet dogs. The cost of microchipping dogs will typically be between $45 and $70.

Local Government Minister Tony Simpson says there were 280,000 homes in WA with at least one dog. He said the Bill would meet community expectations to provide greater protection against dangerous and nuisance dogs.

“It’s all about protecting people as well as pets,” Mr Simpson says. “The focus is on the behaviour of dogs, not their breed.

“Dogs that have attacked or been aggressive towards people can be declared dangerous and are then subject to controls designed to protect the public.

“And rather than just fining owners, courts will have new provisions to require them to attend dog training.

“Microchipping will provide effective identification of pets – either when they have become lost or in instances where they represent a threat to people.”

The key amendments also include: