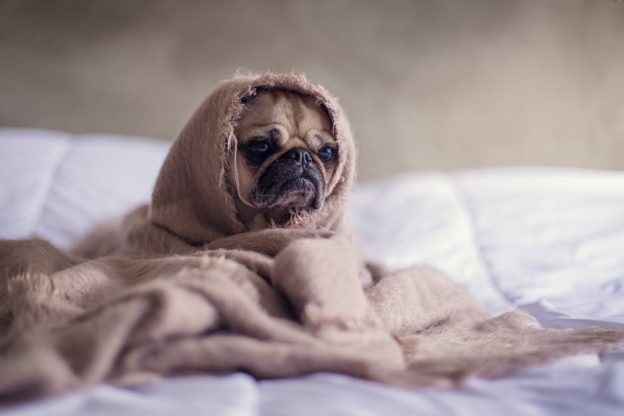 A potential nightmare for every pet owner is the paralysis tick but just what should we be looking out for? Katie Cincotta reports.

It’s a terrifying thought to think that a creature the size of a pinkie nail, when engorged in a host animal, could cause paralysis and possibly death in our pets. Unfortunately, that can be the worst-case scenario with the paralysis tick, commonly known as the bush tick or the scrub tick and, in scientific terms, the Ixodes holocyclus.

This sneaky little critter hangs out in warm, wet climates, usually close to the rainforest, along Australia’s eastern coastline. These areas are densely populated, which means it’s a definite possibility that our companion animals might come up against one in the bush.

The paralysis tick usually chooses a furry host, including koalas, possums, bandicoots and kangaroos, burrowing into the fur and latching onto the skin to suck out the animal’s blood.

I guess you could compare them to vampires, except that after these arachnids (yes they’re related to spiders) consume their fill of blood, their fat little bodies drop to the ground. A female will then lay her eggs, about 100 of them at a time, which continues the life cycle — a bit like fleas, but nastier. A flea bite can be annoying and itchy, but a bite from a paralysis tick can kill if it’s left untreated.

This is why it’s important to check your dog’s fur every day from head to tail for these bloodsuckers if you live in a tick-prone area, especially during summer when they tend to thrive.

Pittwater Animal Hospital says the Northern Beaches in Sydney can claim one of the country’s highest incidences of the paralysis tick, with the worst areas affected including Avalon, Newport, Bayview and Church Point.

While ticks are most prevalent over spring and summer, there are some places where you can find them all year round, especially when warm weather is followed by rain.

Kelly Stonestreet, practice manager at the Animal Welfare League NSW, says because owners are so well-educated about the danger of ticks, it’s been a long time since they have seen a case in their vet hospital. “People are becoming so aware of ticks; so much so that we haven’t had to order any of the anti-toxin serum for a long time,” she says.

Dr Eamon Grattan-Smith from the Pittwater Animal Hospital says the best way to locate ticks is to systematically run your fingers through your dog’s coat. Owners can remove the tick themselves with a nifty little hook.

“We find using a tick hook to be the most reliable way to remove ticks. If the head is left in, don’t worry as the tick will die and inject no more poison,” Dr Eamon says.

Ticks are very good at hiding, so always assume there is more than one tick on an animal and continue your search so that you cover every part of the body where an intruder might be lurking.

Often ticks that are trying to hitch a ride on a host seek out clever nooks and crannies like behind or inside the ears, tucked away on the tummy, or around the head.

The secret weapon of the paralysis tick is that it releases toxins that paralyse parts of the body, making it difficult to move and breathe.

The early warning signs are a change in the voice. The bark can become softer or change its pitch. The back legs become weak or wobbly. Your dog may take a few steps but then suddenly sit down, like they can’t hold themselves up.

As the poison progresses, the symptoms will become more dramatic. Your dog might vomit or have froth around the mouth. They might start salivating, panting or grunting. Many dogs start coughing and breathing becomes difficult, or they may be unable to stand at all. This is the very late stage of paralysis tick poisoning and requires immediate vet attention. The Animal Welfare League says without treatment most cases will continue to deteriorate and may die.

“Some animals will survive, but their chances are better, the costs lower, and your pet suffers less if treatment is sought early,” says vet nurse Kelly.

It’s not cheap, but the tick anti-toxin can save your dog’s life. At up to $13 per ml, the serum required for a 20kg dog may cost around $150. In mild cases, the anti-toxin may be the only treatment needed, but many cases of paralysis tick poisoning require sedatives, antibiotics and heart medication.

“It is very frightening for animals to get tick paralysis. They do not understand why they cannot move their body, so they stress. This increases their blood pressure and breathing rate, quickly exhausting the heart and breathing muscles. Sedatives are used to reduce their blood pressure and keep them calm and quiet,” explains the Animal Welfare League.

While no prevention method is 100 per cent effective, there are ways to avoid the tick being able to attack your pet.

NexGard chewables provide monthly resistance to both ticks and fleas. Advantix does the same thing but needs to be applied every two weeks, with the added advantage of being waterproof for dogs that like to swim.

The rinse Permoxin kills both adult ticks as well as larval and nymph stages, and you can spray it on and let it dry.

Frontline Plus, applied between the shoulder blades, also kills ticks on contact and can be used in a spray form.

Another prevention for ticks is with a collar such as the Scalibor, which uses deltamethrin and the dog’s natural oils, sitting as a protective barrier on the skin’s surface.