Bullying or just being Playful? The Fine Line 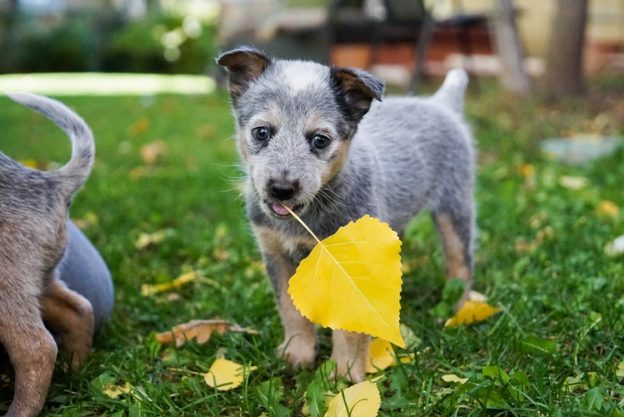 Danielle Chenery explores the signs that may mean your dog’s behaviour has veered into bullying territory.

Like people, dogs bring their own baggage to social interactions; their unique personalities and personal histories all influence how they get along with other dogs. But that doesn’t mean they can act inappropriately. The tricky thing is knowing when a dog is actually bullying, as opposed to just being playful.

Dr Eloise Bright from Love That Pet says it comes down to how other dogs are reacting to your pooch. “Dogs should display a range of behaviours when playing with other dogs, including play bows (front end down, bottom up) and rolling on their side,” she says. “A dog that is possessive over balls or is constantly standing over other dogs and never rolling over or play bowing may be tending towards bullying. If dogs are trying to run away from your dog, squealing or getting pinned against their will, it is time to put your dog on a lead and take him away.”

Just like people, not all dogs are good communicators. “Some simply did not learn to play appropriately and read canine body language during that critical stage in their development as puppies,” Dr Eloise explains. “Good dog play should involve lots of give and take and both parties going back for more. Dogs that consistently get into fights at the dog park are most likely not communicating well. For many breeds, certain characteristics such as mouthy play, herding and nipping can make their play style inappropriate for smaller dogs. Ideally, dogs should learn to play with dogs of varying shapes, sizes and temperaments in a safe place such as puppy school during their critical learning period prior to 12-16 weeks.”

A spokesperson from the Animal Welfare League Qld explains the range of normal behaviour depends on the dogs at play. “Two physical dogs can play for long periods of time, chasing each other, wrestling and neck gnawing. Provided the dogs are both happy and changing roles so no one dog is dominant, this is good play. Two less physical dogs can have the same levels of enjoyment, but with less exertion. Styles, though, can overlap. Whatever their ‘style’, play and socialisation are critical for dogs,” she says.

If you do find you have a pooch that displays bullying tendencies, it’s important you know how to manage his behaviour to avoid escalation.

“Some dogs should not be allowed off-leash play,” Dr Eloise says. “If you know your dog is prone to getting over-excited or possessive, try to interrupt the play frequently with treats and games. You may find that particular dogs are fine, but others are not suitable for your dog to play with. For many dogs, they only play one way, rough, so a smaller lap dog may be terrified by this type of play. Putting your dog on a lead to keep him under control and rewarding him with treats for looking to you when you say his name can be a good way to reward calm, attentive behaviour.”

At this point, you’re probably worrying that your pooch’s bullying is all your fault, but Dr Eloise says that, in behaviour practice, she rarely sees dogs that have had something done to them to cause their behaviour problems. “Several skills are learnt by this highly social species during puppyhood from other dogs, but many dogs do not get a chance to meet lots of dogs because they are not fully vaccinated until their critical socialisation period has finished (at 12 weeks),” she says. “Puppy schools were established to help puppies develop their social skills. You can also socialise your dog with other healthy, friendly, vaccinated dogs away from the dog park.”

Dr Karen Davies from Direct Vet Services agrees that owners can help adjust their dog’s behaviour through training. “We are all born with our own unique personality traits; however, they can be moulded by the things we are taught. Learning acceptable and unacceptable behaviours and consequences is part of life. If I don’t play well, I might be taken away from the dog park or I might get snapped at,” she says.

“Good recall to bring the animal away from the situation that others are finding ‘over the top’ is essential. This relieves the situation quickly. Socialising from a young age is by far the most important so that your pooch understands appropriate play. This is where a good-quality puppy school is invaluable.”

Brad Griggs, professional dog trainer and applied canine behaviourist, agrees. “At a dog park, the number-one skill your dog will need is a recall – it’s the law that your dog must ‘remain under effective control’ when off leash,” he says. “By definition, this means your dog should recall on the first command from you, even at a distance. If you can’t recall your dog at a dog park, then your dog is not under effective control and you are not handling your dog in a fashion that is in line with legislation, and, in a way, that is considerate to other dog park users.”

Brad says the only way to achieve a reliable recall is to train your pooch. “Hoping for the best on the day is unlikely to produce great results in an ongoing fashion,” he says. “Training your dog to love coming back to you for his favourite reward is a key component – and he shouldn’t only be recalled to be taken away from the dog park. You should work towards being able to randomly call your dog back to you to give him something great before releasing him back to perform the activities he was enjoying when he was first recalled.

“If you are just getting your dog used to dog parks, you should attend first with your dog in the car and try to find a group of attentive dog owners with dogs that have a nice, relaxed interaction with each other. Chat with them and see if they will help you integrate your dog into that group.”

Socialising at other dog’s homes is slightly different to dog parks, however. “Dog parks are essentially neutral ground, whereas introducing a friend’s dogs to your dog’s home environment has other factors to consider,” Brad explains. “Unless the dogs know each other and get along well outside your dog’s territory, then I would suggest you do more groundwork before having them play off-leash at your own home. Although, of course, some dogs will tolerate this very well, you need to consider that this might be the reality of the situation.

Brad says one of the biggest mistake an owner can make is be overly optimistic about their dog’s social competencies. “Of course, owners that have invested heavily in socialising and training their dogs will nearly always find dog-to-dog interactions easier to manage,” Brad says. “If the dog park is the only place you train your dog to listen to you, then there’s a very good chance that you’re cutting corners and this invites problems down the track. If you can’t hold your dog’s attention and be the apple of his eye away from the dog park, then that’s where you need to start.”

Just like us, dogs can often be misunderstood. What may seem like aggression, intimidation and bullying could simply be your dog telling you he is uncomfortable and not happy with the situation. Although training is best started during puppyhood, and early socialisation is vital, behavioural training has its benefits throughout all stages of your dog’s life and is advised if your dog is displaying problem behaviours such as those associated with bullying. Ultimately, however, it pays to simply know your dog; his limitations, his strengths and what makes him happy.