Tracking canine heroes making a difference in the poaching industry 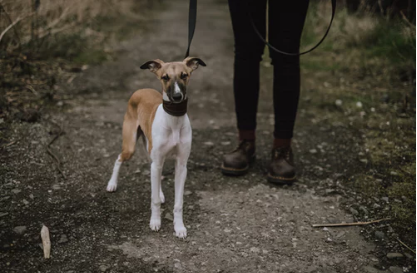 Canines for a cause

In South Africa, an organisation is training dogs to help make a difference when it comes to wild animal poaching. By Crispin Andrews.

A South African man suspected of poaching stood smugly in his living room. Organised crime officers all but knew he was involved; the gang leader they’d arrested earlier that night had told them so. But to arrest, detain and convict this individual, the authorities needed evidence. Preferably the rhino horn itself, but if that could not be found, the firearms, or other weapons that poachers carried with them, would be enough to make an arrest.

Unfortunately, poachers could hide this sort of thing rather well. But these police officers didn’t come alone. A dog handler arrived, with a Weimaraner, which immediately started sniffing around the room as the officers looked on. This dog had been trained to sniff out the scent of rhino and suddenly, when it started concentrating on one particular wall, the officers knew they were onto something.

“The dog had found traces of rhino carcass scent on the wall,” says Conraad de Rosner, the dog’s handler. Conraad, who runs K9 Conservation, explains that the traces were most likely on a poacher’s shoe. Turned out the poacher had been scrambling up the wall to hide his rifle in the roof and left residual scent there. “We also found rhino horn fragments and the saw which the poacher had used to cut off the horn,” Conraad says.

Dogs like this Weimaraner help the African authorities in their increasingly desperate struggle against wildlife poachers. Conservation group Tusk estimates that 30,000 elephants are killed by poachers every year — that’s one every 15 minutes. Ivory goes for US$1000 per pound (approximately A$2036) on the black market. Rhino horn can fetch up to US$45,000 a pound (approximately A$62,500), according to the African Wildlife Foundation. Some people, particularly in China and the Far East, believe that it can cure impotence, hangovers, fever and even cancer. To the criminals, it’s more valuable than gold. In South Africa, where 80 per cent of the world’s rhinos live, a rhino is killed by poachers every three days.

Then there’s the bush meat trade, with gangs killing and selling animal meat. Desperately poor, starving individuals kill animals to feed themselves and their family. It is both illegal and, for African authorities, very difficult to combat.

“The consumption of African wildlife by the people, and by the people I’m talking about everyone, is shocking,” Conraad De Rosner says. “We’ve reached a critical stage; it’s happening all the time. Essentially it’s a war, but we’re not military.”

Conraad was born and raised in the bush on a family-owned game reserve. “I’ve lived in the bush my whole life,” he says. “Worked as a ranger for 20 years and a park manager for 15.”

Conraad set up K9 Conservation with his partner, Catherine Corrett, in 2011. They met when London-born Catherine visited Kruger National Park in South Africa. “With Conraad’s passion for the dogs and mine for the wildlife, we decided to open a security company that trains dogs to work in conservation settings,” Catherine says.

K9 Conservation has its own dogs. The company trains other people’s dogs and provides dog-handling courses for rangers and other park staff. They train dogs to track poachers, track injured animals and to sniff out contraband, weapons and ammunition. “The dogs specialise in one or the other disciplines,” Conraad says.

Tracking dogs go out with their handlers into the bush. If, at the scene of a poaching incident, they pick up a human scent, the dog can track that scent right back to the poacher, wherever they are hiding. “We train the dog to discriminate between different human suspects’ scents,” Conraad says. “Then a handler can put the dog onto a specific trail.”

The dog has to ignore the other scent trails it encounters and follow the one specific scent that the handlers hope will lead them, if not to the poacher then to the place where the poacher left the park. A poacher might have jumped into a vehicle on the outside of the park, which, obviously, the dog can’t follow. But at least the dog has helped park authorities gather valuable information about where and how poachers are entering and leaving the property.

Conraad says that the best working dogs have high drive, are obedient and enjoy being around humans.

“Patrol dogs tend to be Malinois, German Shepherds, Weimaraners or Bloodhounds,” Catherine adds. “They’ll bond very intensively with the handler and ignore animal scents to track humans. Ideally you want a puppy. Start training it at an early age so that it gets used to the environment.”

Conraad adds that for detection you need a more sociable dog, one that likes interacting with people, searching vehicles and luggage. “We use Labradors, Beagles and spaniels,” he says.

“Training involves lots of repetition, so it must be fun for the dog. For us, that’s the ball reward when they get it right.”

There are dangers for the dogs, of course, including poisonous snakes and wild predators, in particular lions. The biggest threats, though, are the poachers themselves. These individuals are often armed with heavy-calibre rifles, pistols, knives and machetes. “The dog is there to help track the poacher, not to run the criminal down,” Conraad says. “The dog can do this, of course, but we don’t like to put our dogs at risk, so we take the poachers down ourselves.”

These dogs also act as a visual deterrent to poachers. “It’s like a show of force along the borders of reserves where people live and gather, and also to anyone who works inside a reserve who might be leaking information to the poachers,” Catherine Corrett says.

“Prevention is better than cure,” Conraad adds. “If your enemy doesn’t come into your camp then you are winning. These guys (the poachers) know they are at the receiving end of night-time surveillance. Most of the poachers operate at night. They know that the dogs are there and they’ll be tracked. We might not release a dog on a poacher in two years, but we’re still getting the job done by keeping them away.”