How to Achieve the Perfect Recall Command 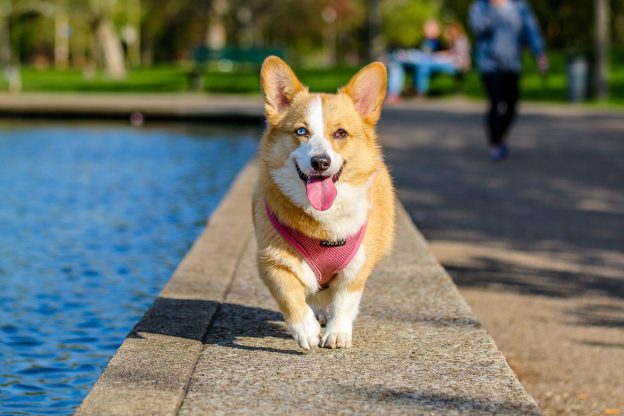 It’s a vital skill your four-legged friend must learn. Carrol Baker finds out how to attain the perfect recall.

In off-leash dog parks across Australia there’s always at least one. A bouncy, happy hound that pointedly ignores its master in pursuit of a ball, or perhaps a new doggy friend. Despite plaintive calls, heartfelt pleas, and sometimes even chasing after the mischievous mutt, the dog refuses to come when called.

So why is it so challenging for a dog to grasp the recall command? And what can dog owners do to teach their pet? We put those questions and more to Daniel Mannix from Victorian Dog Training Academy to get the inside scoop on how the experts do it.

Daniel says there are many good reasons why a dog should be correctly taught a recall command. It keeps the dog safe, and if a dog happily returns to its master on command, Daniel says it opens up a world of possibilities.

“If a dog comes when called, you can take them to far more places and you don’t have to be concerned about them running off and getting up to mischief, or finding themselves in harm’s way,” he says.

If a dog is playing with new doggy friends and having a sniff and romp around, they’re going to want to continue the fun. The biggest problem when teaching a dog to recall is what Daniel calls “competing motivators”. A dog is torn between wanting to do the right thing (return to you) or hang out with his new doggy pals over the other side of the park.

“When training a dog to recall, puppy socialisation is also important,” he says. “Dogs that aren’t adequately socialised in the first 16 weeks tend to be more sensitive to what’s going on in the environment, and they can be more easily distracted.”

Start training early with something your dog loves — most often it’s food. “It needs to be high-value food, something they wouldn’t normally get as part of their daily diet,” Daniel advises. Training sessions should be short and frequent. “Finish while the dog is keen and leave them wanting more. I find multiple training sessions in a day with rest breaks in between get the best results.”

For older dogs the process is the same, but it’s more challenging and will take longer. “It’s much harder to build motivation and engagement in a dog that already has its own idea of how the world works,” Daniel says.

Daniel says the trick is to find what the dog loves most. “Some dogs are crazy about toys. If a dog likes balls even more than other dogs at a dog park, you’ve hit the jackpot. Use balls as a reward for the recall.”

Choose a concise clear word and use it consistently. “If you can get good at that, the dog will grasp the command much faster,” he says. It’s also a good idea to avoid using your dog’s name. “Most have learned to ignore their name because it’s often used when they’re in trouble,” says Daniel.

Restrained recall with a partner

Get set for success

If your playful pooch isn’t recalling on command, take the training back a few steps. “It’s a common problem where a dog will recall at home, but if taken to a park with lots of distractions you’re setting them up to fail,” says Daniel. Find smaller parks and areas with fewer distractions, working your way up. “Anytime you go to a new location, have your dog on a long lead,” he adds.

If you’re having problems, check with a trainer who will teach you how to build motivation, drive and interest. Teaching a dog to recall isn’t easy, but the rewards for you and your canine friend are worth it.