Learn Why Your Training Isn't Working on Your Dog 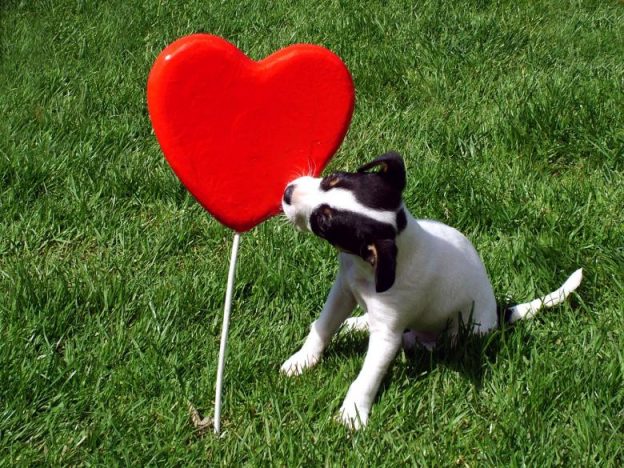 Sometimes, despite our best efforts, our dogs just don’t want to behave. Laura Greaves investigates what can be done to train a stubborn pooch.

These days, Duchess the Groodle is the model of a well-behaved family pet. Seven years ago, however, it was a very different story. Despite owner Pam Brossman’s diligent efforts to train her, Duchess’s behaviour was so unruly that Pam considered finding her a new home.

“We were doing basic training like sit, fetch, teaching her to wait for permission to eat and, most importantly, being able to walk around her when she was eating,” says Gold Coast-based Pam.

“My biggest concern was that she thought she was the leader of the pack with my then six-year-old son, Hunter. A couple of times I saw her bowl him over and then at one time I saw her growl at him. That really freaked me out because I did not want kids to come and play with such a big dog, not knowing if she would bite or not.”

With all of her efforts proving fruitless, Pam was left wondering: was Duchess simply untrainable?

Is there such a thing as an untrainable dog? The short answer, according to animal behaviourist Dr Joanne Righetti, is no. “Most dogs are trainable. There may be some dogs with brain disorders or injuries that find it hard to learn, but this is the exception,” she explains. “Most dogs enjoy being trained, as this means interaction with their owners. It is a matter of finding the right motivation to learn.”

While some breeds do appear to be more biddable than others — Golden Retrievers and Labradors are known people-pleasers, for example — even those recognised for their independent streak can be trained under the right circumstances.

“Some dogs appear to be more ‘trainable’ in the way we traditionally define this, while other dogs need to be left to make decisions on their own initiative but are still highly trainable, such as working sheep dogs,” says Dr Jo. In fact, she believes that any dog owner who claims their pet cannot be trained is likely causing or at least contributing to the problem.

“Animals that are in a state of stress or fear will not learn, so it is about owners and handlers training their dogs in times of calm. They may not have made the situation motivating enough by, for instance, not providing good enough rewards,” she says. “They may be trying to train something that is too difficult for their dog. Break complicated tasks into smaller tasks.”

While every dog has the capacity to learn, there are, of course, good reasons why some struggle to grasp training commands — and frustrate their owners in the process. Your dog’s age is an important factor. Like children, a puppy’s developing brain is like a sponge, ready to soak up and retain new information. Older dogs may take a little longer to grasp new concepts, especially if they haven’t had any real training before.

“When dogs are young, the brain and behaviours are still developing. Everything a puppy encounters is being processed and filed into memory, so training at this time will be more readily absorbed,” says Dr Jo. “Adult dogs may have to ‘unlearn’ behaviours to learn new ones, but it is never too late to teach a dog.”

Successful training utilises a dog’s key senses, as well as movement, which means it can be much harder for instruction to sink in if one of these factors is compromised. But again, it usually comes down to the human rather than the dog.

“Most dogs compensate for the loss of one sense, such as vision or hearing, by developing the others more strongly and can easily overcome any deficits. Humans, however, often find it more difficult to train a dog with an impairment,” she says. “Deaf dogs, for instance, can be difficult for many humans to communicate with. The dog still learns, of course, but the owner may find it more difficult.”

Psychological issues, such as fear and stress, can also complicate matters. That’s why it’s vital for dog owners to create a calm, positive training environment — and never scold or punish a pooch for making a mistake.

“Any psychological impairment can interfere with learning. If the dog is scared, their body tends to act instinctively to preserve their life,” she explains. “In many cases where there is no imminent danger, the dog still perceives that it is in a life-threatening situation. Learning is much less likely to take place in this situation.”

Sydney’s Dave Stabback believes his four-year-old Weimaraner Franklin struggled with training due to his anxiety. “Franklin had separation anxiety from a young age, which led to destructive behaviour when he was left alone. At first Franklin was quite good at obeying simple commands, like heeling on the lead, but as he got a bit bigger it was harder to control him and he wasn’t receptive to basic commands,” says Dave.

With his attempts at positive reinforcement training no longer having any effect, Dave turned to a professional dog trainer. She advised addressing Franklin’s anxiety as part of the training process.

“She suggested that I feed him just before I would leave the house, as this draws a positive association between being left alone and receiving food,” he explains. “It was a slow progression, but now Franklin has made some very positive improvements. I still can’t leave him alone with a pair of shoes, but he’s easy to control on and off the lead, drops the ball when I ask him, and I’ve even taught him some basic tricks.”

For Dave, persistence — and patience — was the secret to reining in his recalcitrant hound. “Persistence is key. It’s easy to be lenient or get a bit slack sometimes, but from my experience, it’s really important to stay strong and assertive with training.”

So what can you do to persuade your rebellious dog to do as you ask once in a while?

Dr Jo recommends starting by “putting on command” something your dog already does. For example, every time he sits, say “sit” or use a hand gesture and offer a high-value reward such as a healthy treat, a pat and lots of praise. He will quickly learn to associate the word or gesture with the reward and start to do it whenever you ask.

You can also try going back to basics and breaking difficult tasks into stages. So instead of trying to teach your dog to come to you from the other side of the dog park, start by getting him to come toward you just a few steps at a time.

Some dogs are fussier than others and may simply not like the reward you’re offering for a job well done. If a dog is not food motivated, for example, try offering his favourite toy instead. “Try a better or more desirable — in the dog’s mind — reward and use this only when training the command you are trying to train,” advises Dr Jo.

If you’ve been consistently training using positive reinforcement and high-value rewards but your dog is still having trouble mastering his manners, it might be time to consult a professional. That’s what Pam Brossman did after Duchess growled at her young son.

“I was ready to give her away, so we called in a ‘dog whisperer’ for seven days and he taught us how to bring Duchess into the pecking order so that she was at the bottom and we were all above her,” explains Pam. “I also started picking up her food and giving it back so she had no fear of us taking it away, and got Hunter to add extra goodies to her bowl so that she associated him with more treats. Within five days it was like I had a different dog. She has never growled, ever, since that day.”

When selecting a trainer, it’s important to choose someone whose style of interaction with the dog matches the owner’s. “We know that dogs learn and respond best to positive, motivational training, although some people still believe in old-school discipline, which has been shown to result in stress and sometimes even aggression towards the handler. Finding a trainer who rewards desired behaviour is always best,” says Dr Jo.