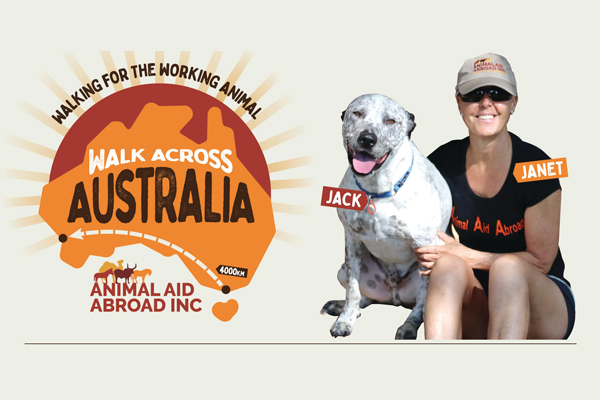 Embarking on the journey of a lifetime, Animal Aid Abroad (AAA)’s CEO and founder, Janet, and her rescue dog Jack, are walking across Australia from Melbourne, Victoria to Perth, Western Australia, to raise much-needed funds and awareness for the abused and overworked animals around the globe that the organisation helps. Janet is self-funding this walk and all proceeds raised will go directly to helping working animals in need via their 18 projects worldwide.

Janet set AAA up in 2007 after returning from working in Egypt, initially to fundraise for a 24-hour clinic to treat street and working animals in Alexandria. 13 years later, the charity has grown to support 18 different animal welfare projects across 12 countries in some of the poorest and most challenging regions in the world.

In these areas, working animal abuse is rife with animals routinely beaten, carting inhumanely heavy loads in poor conditions, and often deprived of food, water and appropriate shelter. AAA and its partner groups combat this situation in four ways:

The AAA project partners do amazing work; however, the problem is so widespread and systemic that much more needs to be done. To help facilitate this, Janet has committed to taking on this massive feat and her beautiful Staffy cross rescue dog Jack will be by her side for parts of the walk.

Janet adopted Jack from the Dogs Refuge Home Shenton Park, Perth in April 2019 and while he loves a walk, 4,000km is a little beyond his capabilities, so Jack will have his own support crew and vehicle in which his water, snacks and comfy bed will be available any time he wants to take a break. He will only be walking in the cool of the mornings and not on any busy roads.

The main goal of the walk is to raise $250,000, which will cover funding for the 18 partner projects for one year, as well as enabling the construction of an animal shelter in Mannar, Sri Lanka. The secondary goal is to increase awareness of the millions of horses, donkeys, mules, camels and bullocks who are mistreated while doing the work of tractors, trucks and taxis every day in the world’s poorest countries.

Janet, Jack and crew will depart Melbourne from Federation Square in Melbourne CBD at 10am on foot on Sunday 29th March 2020.

More information on the walk route, partner projects and AAA itself can be found at 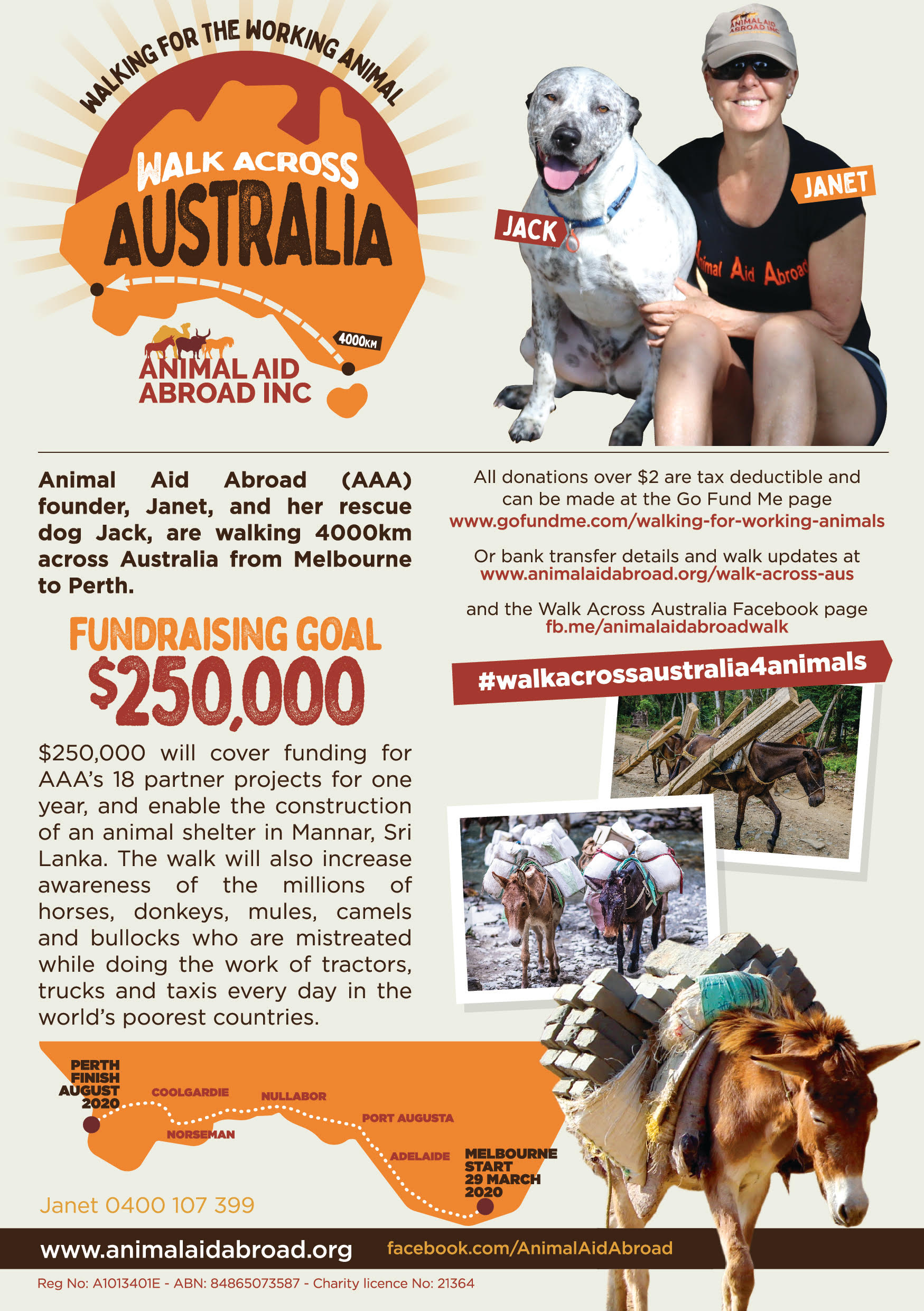